Dear All!
We will be participating in the 24th Japan Teddy Bear with Friends Convention!

Grab a copy of the Jan/Feb issue of the Teddys Kreativ Magazine! 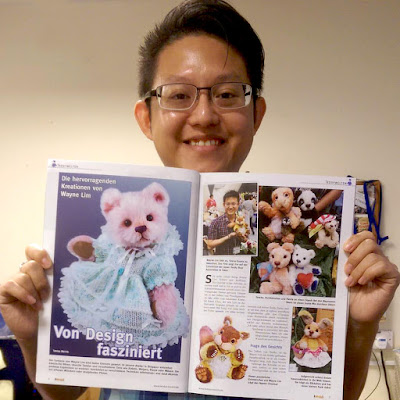 We are so happy to receive the latest Jan/Feb issue of the Teddys Kreativ from Germany!
Thank you for featuring Wayneston Bears!

Posted by Waynestonbears at 9:14 AM No comments:

Anyone wants a Trade/Swap for my Birthday? 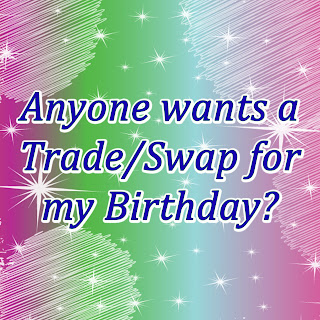 It has been a long time since I last proposed to have a trade for my birthday.

My birthday falls on the same month as Wayneston Bears' 7th Year Anniversary in April.

I am looking for 1-2 teddy bear artist(s) or doll artist(s) to make a bear or doll to trade with me.

The trading/swap bear will be a new Wayneston Bear, size ranging from 5inches - 7inches tall.

If you are interested to do a swap with me please send me an email to: waynestonbears@yahoo.com.sg , subject titled "Birthday Swap!".

Please include your name, website and/or facebook page on the email and let me know what are you going to swap for my Wayneston Bear.

Please note that only the chosen artist will be announce on my blog later.

Hugs, Wayne
Posted by Waynestonbears at 11:50 PM No comments:

We are pleased to introduce another new workshop this year in celebration of the year of Monkey.

Details are as shown below: 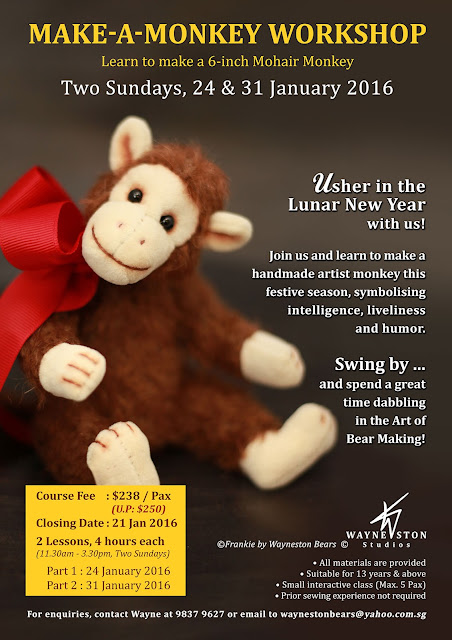 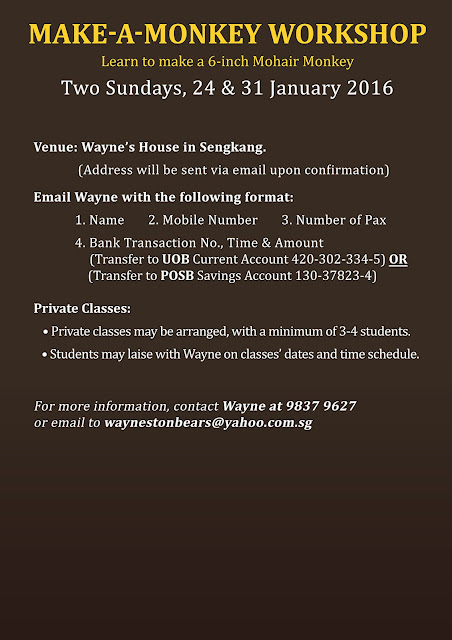 Seats are limited. Register now!
For registration and enquiries, email Wayne at: waynestonbears@yahoo.com.sg
Posted by Waynestonbears at 8:51 PM No comments:

We are pleased to inform that Wayneston Bears have been engaged to conduct Bear Making classes at MINT.

For more information, do drop by their Facebook Page.

Thank you and have a great week ahead! 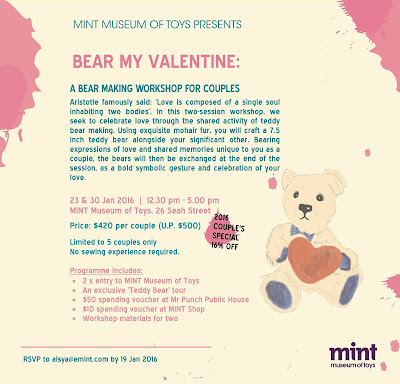 Posted by Waynestonbears at 9:58 PM No comments:

We hope everyone had a wonderful time celebrating the New Year with your family and friends.

As you know, the Lunar new year for the Chinese falls on 8th February this year. This is the time we bid farewell to the year of goat and welcome the year of the Monkey! 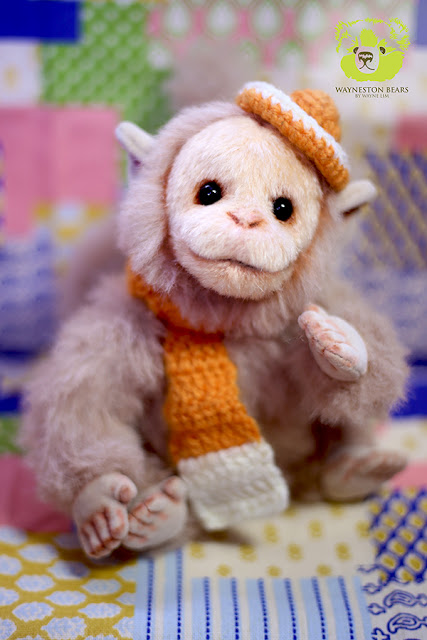 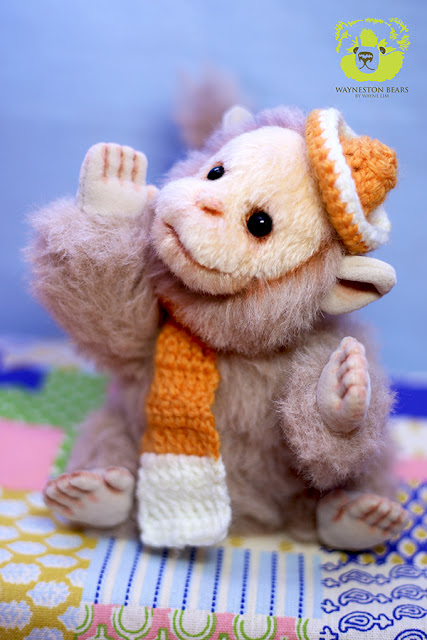 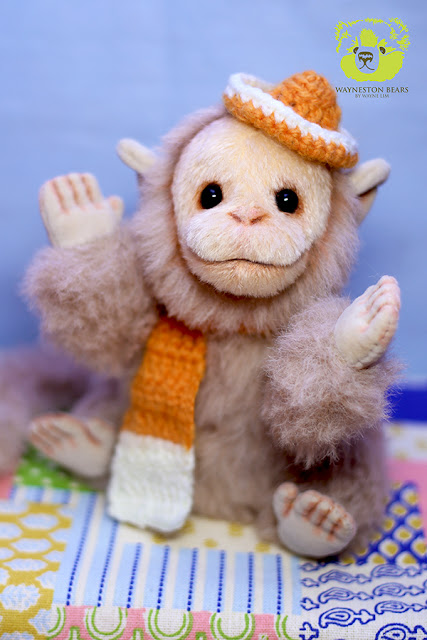 Wayneston Bears first introduced our very first monkey creation in 2010 and it was well received.
Today we finally decided to remake and introduce a brand new monkey design to celebrate the year of Monkey.

"Meet Johnson the Monkey!" Johnson is 9 inches tall and is made from long dense tan coloured mohair. He has wire armatures on his limbs, spine and tail, these features makes him very flexible to pose. We have also specially handmade a crochet hat and scarf to accessorise him.

Johnson is now available for adoption on our website:
http://waynestonstudios.com/collections/artist-bears

Thank you for your time and support! We are sure there are many more exciting events and creations to come!
Have a fantastic weekend! =)

Hugs, Wayne
Posted by Waynestonbears at 9:12 PM No comments:

Another piece of great news came to my Facebook chat box today!

I have been informed by Mr Sebastian Marquardt, that my bears and article are featured on the latest issue (Jan/Feb 2016) of Teddys Kreativ Magazine!

This publication is written and printed in Germany and is circulated worldwide.

For this issue, it's really special because there are two different covers! Half of the circulation has an antique bear as the cover, while the another half has my bear, Grace on the cover!

Which cover has you gotten? Go grab your issue now! 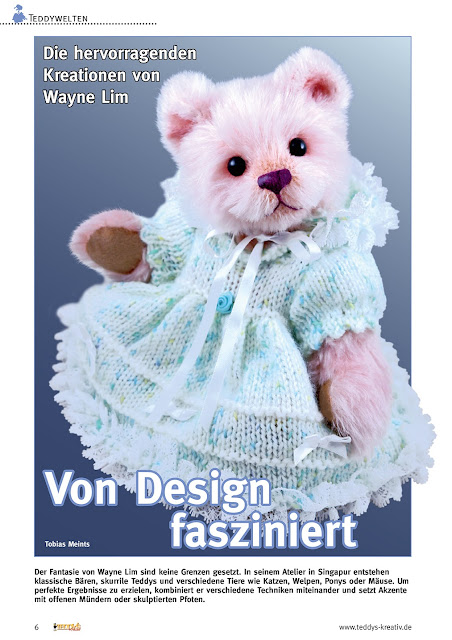 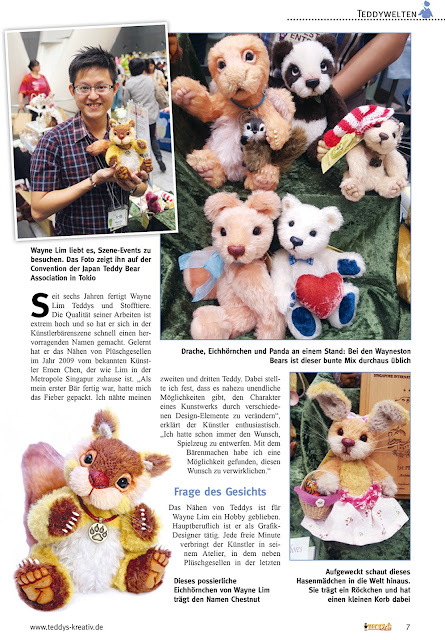 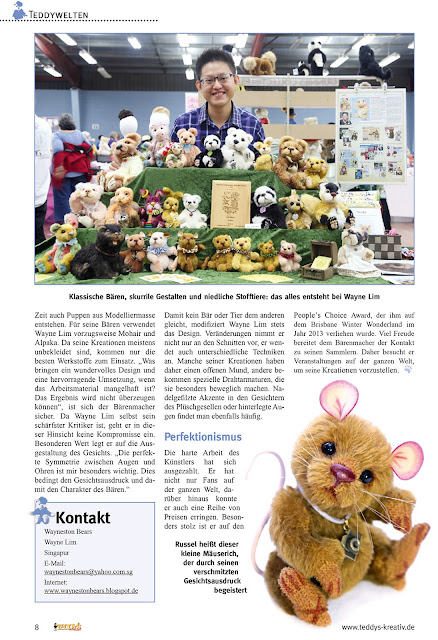 heart emoticon
Posted by Waynestonbears at 12:10 AM No comments:

Before the end of 2015, we are very pleased to share two pieces of great news!
Wayne has been featured as one of the 50 graduates in the SG50 Book "A Nation of Skilled Talents" launched on 30 December 2015 held at Gardens by the Bay. 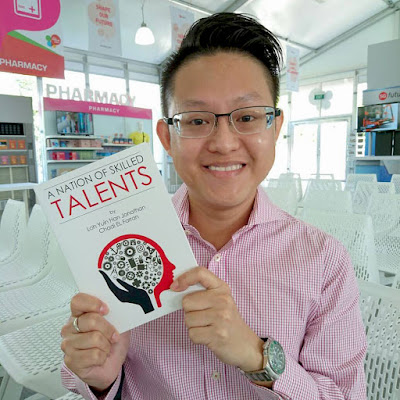 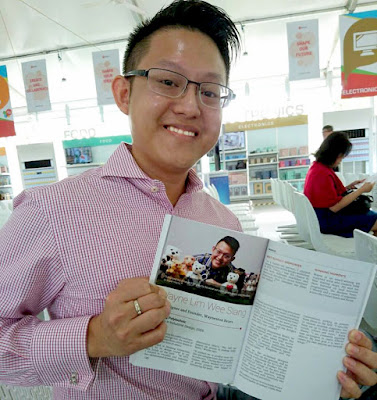 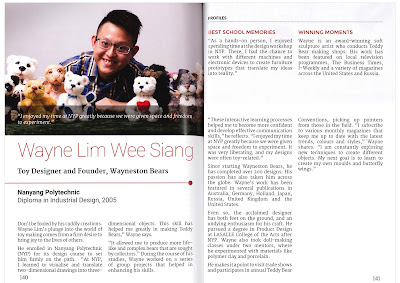 This SG50 Book is written by Dr Jonathan Loh and Mr Chadi EL Farran, highlighting the importance of skills-based education and training.

On 30 December, an offical book launch was held at Gardens by the Bay. Mr Ong Ke Kung, Acting Minister for Education, presented the books to the graduates on stage. 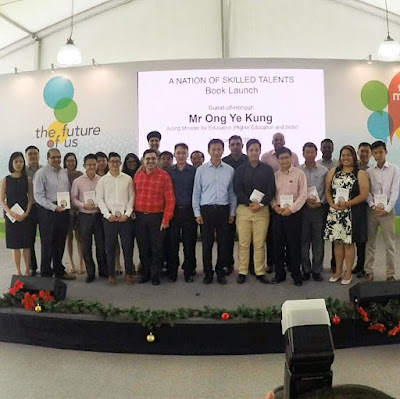 Wayne was excited to meet up with his school principal as well as other graduates from all walks of life.

On 31 December the following day, Dr Loh, Mr Chadi and Wayne  were featured on a local newspaper publication - The Straits Times. 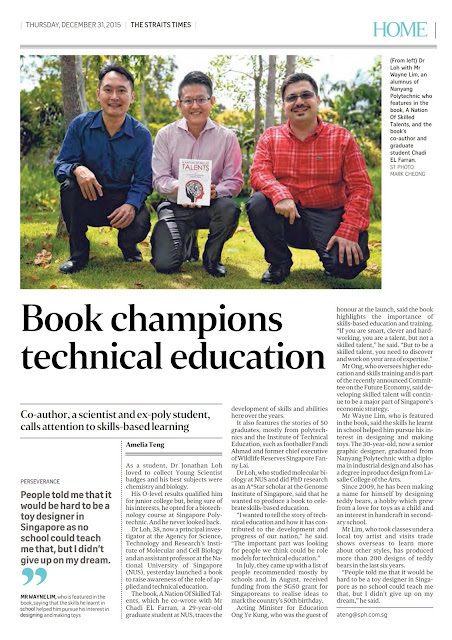 It has been a great year in 2015! We look forward to meeting new friends, new opportunities, learning new skills, thinking & conceptualising of new ideas and projects in 2016!
Cheerios!
Wayne
Posted by Waynestonbears at 9:05 PM 7 comments:

Last Creation for year 2015 - Timber the Squirrel is available for adoption!

We have been keeping Timber with us for a long time! And now, we are ready to let him go to find a new home! 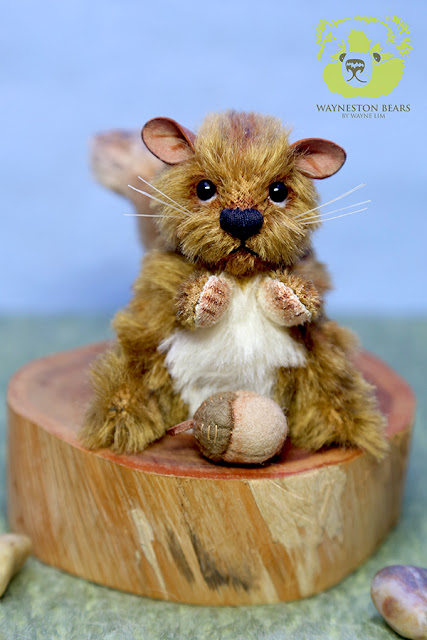 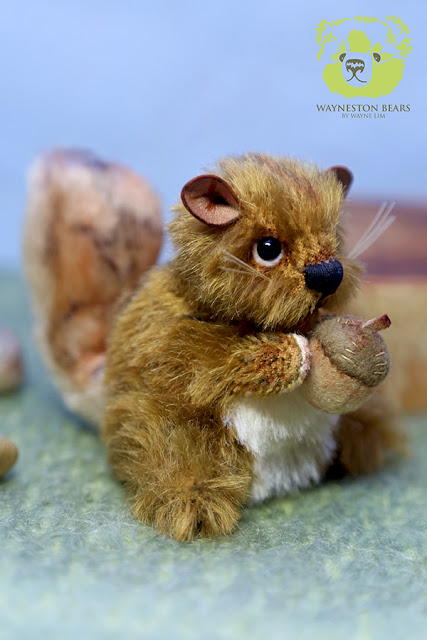 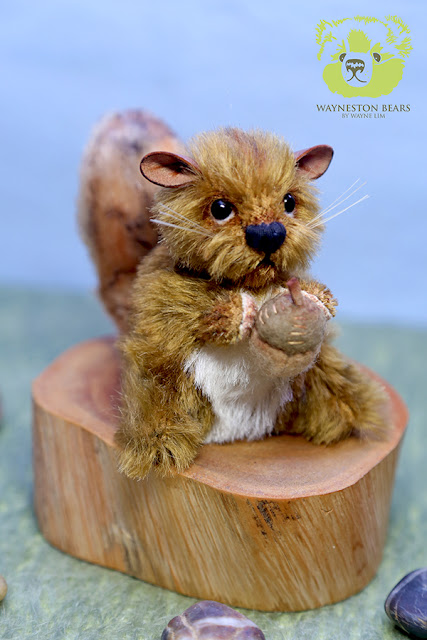 Timber is a miniature squirrel which is just 3.5 inches tall!
He has a tail with wire armature and a pair of magnetic arms. A magnetic acorn comes along with him too.

Timber has made his appearance on the local television programme, The 5 Show aired in september 2015.

Timber has now been adopted...Thanks

Hope you will like this cute little friend!
Wishing all a wonderful new year!

Hugs,
Wayne
Posted by Waynestonbears at 7:05 PM No comments: