The 23rd Japan Teddy Bear with Friends Convention saw Artists from more than 9 countries taking part! It was the biggest show I have ever attended and probably the best in terms of the layout arrangement and location! The convention was held at Tokyo International Forum which near Ginza, an upscale luxury shopping and entertainment district in Tokyo where human traffic is high. 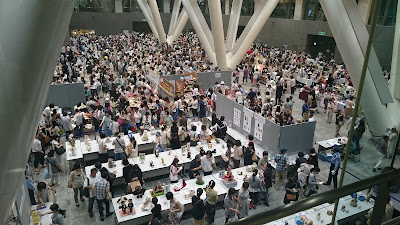 Some of the artists which I can identity are from - Japan, Singapore, Taiwan, Hong Kong, Germany, Latvia, Estonia, New Zealand and United States.
The convention had over 160 trading tables, with over 300 local and international teddy bear artists, suppliers and traders! It's really astounding!
We were happy to be located next to our friends Emi Etchu and Niina Kanai. We met a few times in Singapore and I was delighted to meet them again and do some catching up.


Before the show opened, we can see the atrium was flooded with visitors! Everyone queued in an orderly manner and patiently waited for their turn to enter the hall. As the show announced it's grand opening at 12 noon, the crowd moved their way in and went to their regular/favourite artist tables.

The coordinator Ms Kayoko Jennings was very helpful and friendly. She even stationed translators nearby the overseas artist tables to assist with the translations with local visitors.

After the 1st day of the convention ended, the thoughtful event organiser, president and team of the Japanese Teddy Bear Association arranged a dinner party for participating artists at Tsukino Shizuku. It's was an ideal place to have a traditional Japanese dinning experience. 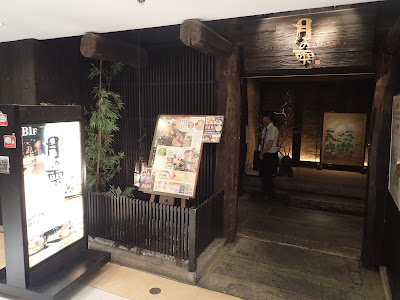 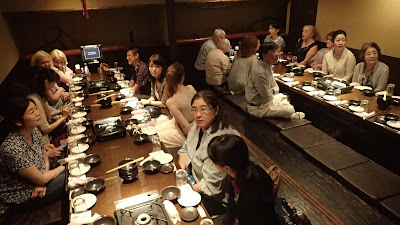 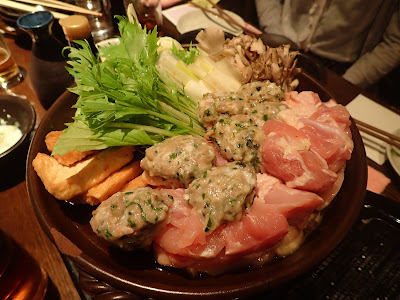 What a sumptuous dinner! We even took a video of everyone introducing themselves! It was indeed a wonderful networking experience for Philip and myself.
Kayoko-san shared with us that this year's convention visitorship had 4300 people, which was about 300 more than last year! Many of the guests feedback that they had a wonderful time meeting the artists, the dealers, and the bears from around the world.

I saw a few artists having their tables fully sold out on the very first day of the show! This really inspired me to improve myself and become like them some day! With the number of visitors, I am not surprised that many artists have sold more than half of their display by the 2nd day of the show! 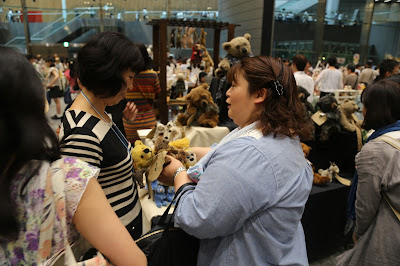 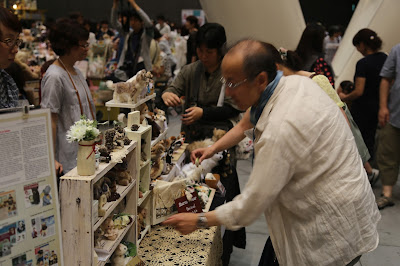 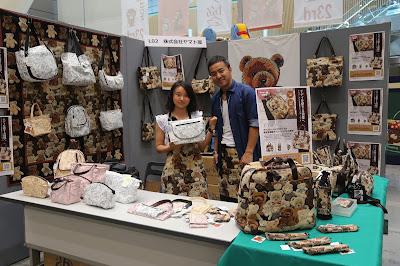 I considered myself lucky to have Russell and Rhaegar adopted on the 2nd day of the show. I stayed positively despite having zero sales on the first day as I was new to everyone in Japan. Many people also took my name cards and I am happy to at least make myself known in the Japan market.


We want to take this opportunity to thank the Japan Teddy Bear Association for organising such a successful event and we hope to be able to visit Japan again next year!

We would like to express our special thanks to Emi-san and Translators for helping us to do the English translation to the Japanese collectors.

Not forgetting to express our special thanks to Ms Annel Leung from Hong Kong as well. She is the one who recommended me the show and she also introduced some of her friends to me, namely Sonney Lai and Ivy Cheung.