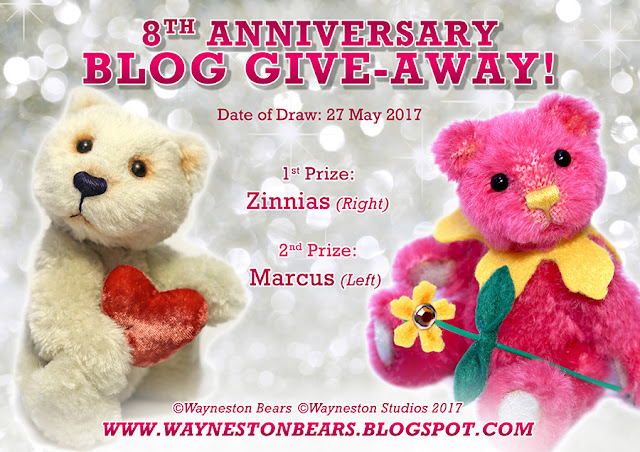 We want to specially thank you for being with us these eight years. Having an annual give-away is a token of appreciation and thank you for your continued support.

This year, the Grand Prizes is going to be two bears namely Zinnias and Marcus.

Below are the 5 steps to increase your chances to win our two grand prizes! (Includes free shipping worldwide)

Below are the 6 extra chances for you to win! Good Luck!

Emails will be sent to the winners on that day, if there is no reply from the winner/s within 2 days, the next winner will be drawn. Good Luck! =)

Names that have been added into the draw list ^.^ , I will update periodically:

Posted by Waynestonbears at 9:05 AM 7 comments: 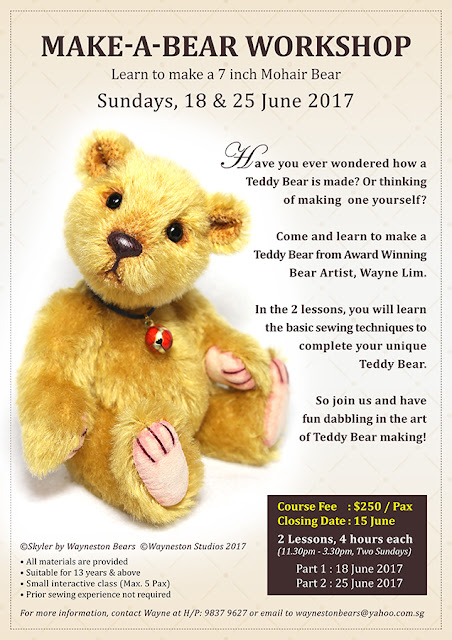 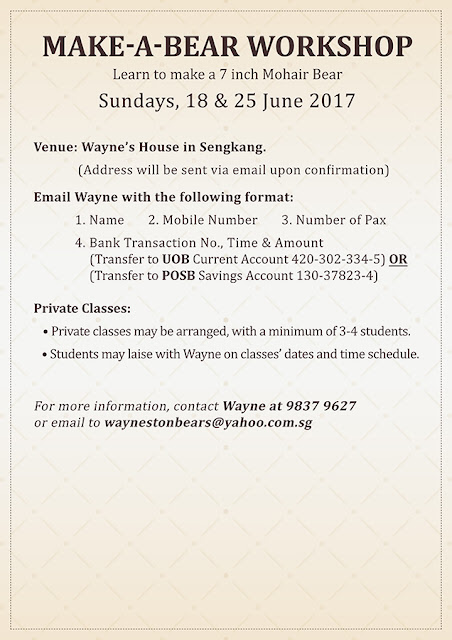 Make-a-Bear Workshop is back in June!

You can now select either White or Gold Mohair for your workshop bear.

In 2 sessions, you will learn how to complete a 7 inch tall Teddy Bear from scratch.

Register your interest now with Wayne at waynestonbears@yahoo.com.sg
Posted by Waynestonbears at 9:00 AM No comments:

We are all packed and ready to go!

Wayneston bears will be participating in the

We will be displaying our Bears and other Critters at the show.
Pop by to say hi to us!

For more info about the show visit:
http://www.quinlanmuseum.com/convention.html

See you at Philadelphia!

Hugs,
Wayne
Posted by Waynestonbears at 2:23 PM No comments:

Hooray! We are so glad to have another 4 additional bears ready to join us for our trip to USA! Counting down 10 more days!!! Whoooo Hooo!

We are also excited that we will be making our trip to R John Wright Studios as well to visit their factory! And of course, attending bear-making classes taught by two famous teachers.(Will announce the names later!)

Have a great week ahead!

The long awaited Fun Fur Day is back with more activities! This time, we have invited 3 speakers to share their creative experiences with us! Join us for an evening of fun and creativity! Bring along your teddies and dolls too! See you there! 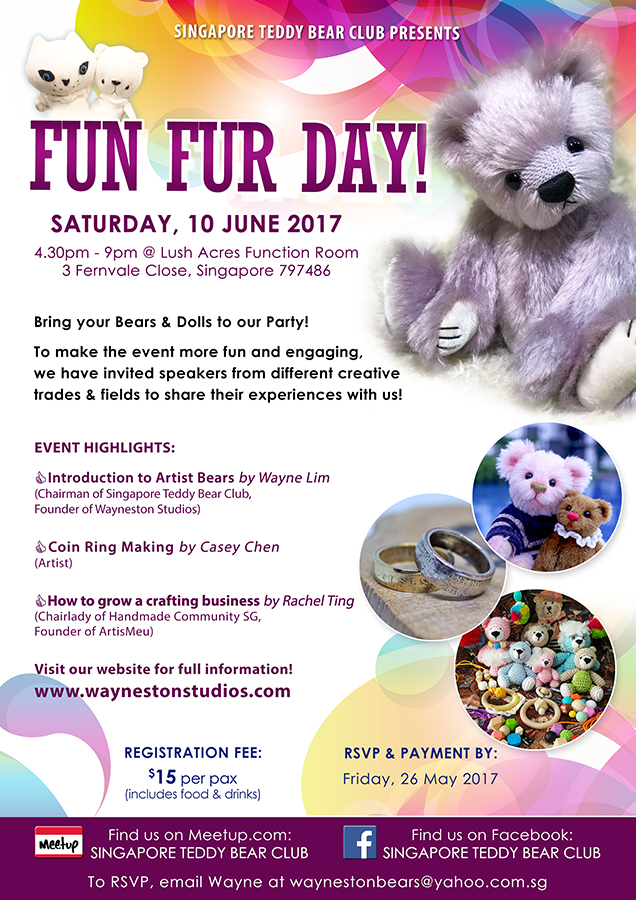 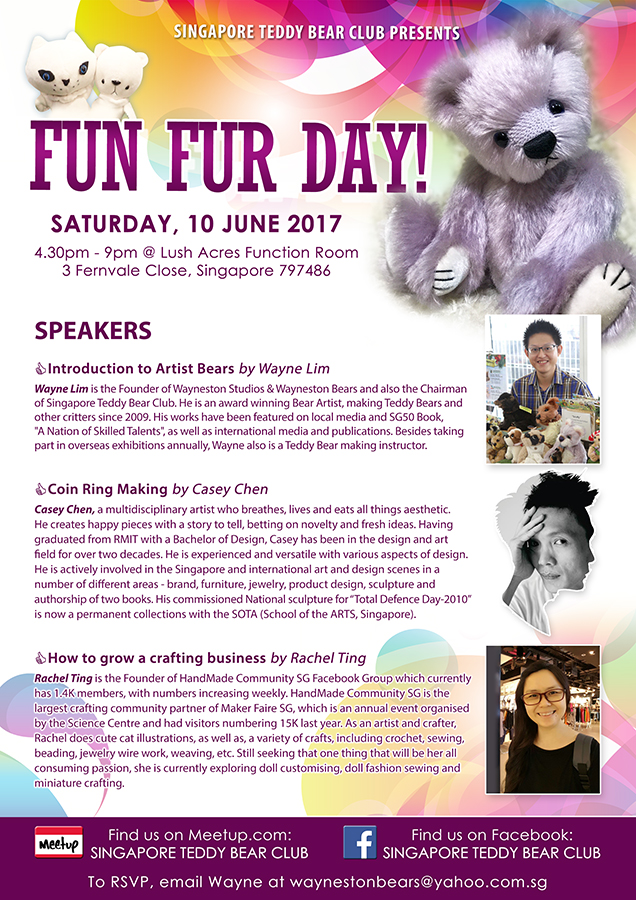 RVSP and Payment by Friday,26 May 2017
Register your interest with Wayne at: waynestonbears@yahoo.com.sg

*Payment needs to be made via bank transfer and a confirmation email will be sent to you.

Posted by Waynestonbears at 5:08 PM No comments:

We are so proud to see three little bears born on 9 April, each individually handcrafted by three apprentices namely, Michelle, Amanda and Anna.

It was the first time all three of them learned to make a bear.

The 3 students were very patient and listen attentively to Wayne's instruction. Wayne demonstrated how to perform a nose embroidery on the bear and soon they started sewing themselves. Anna was adventurous and decided to stitch a heart-shape nose for her bear! It wasn't an easy attempt; she started some stitches and Wayne assisted to complete the nose later on. 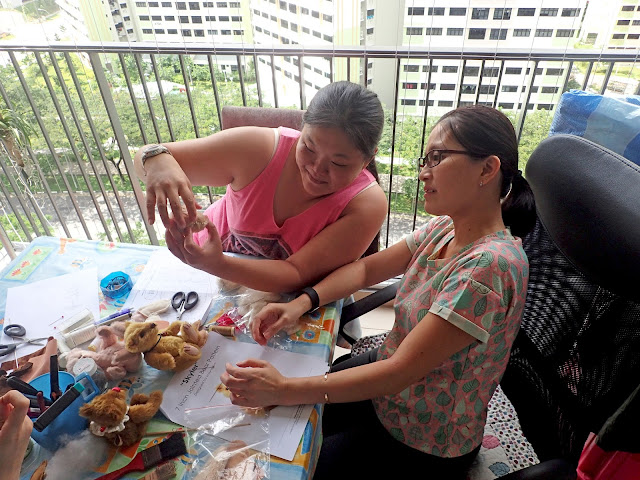 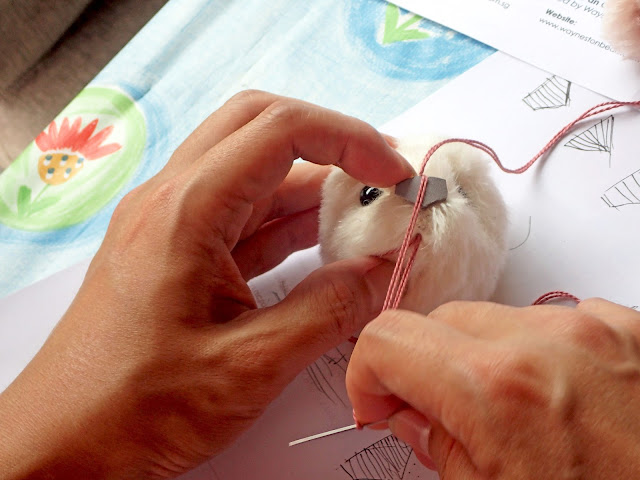 The most challenging process which the students faced were sewing the ears onto their bear's head. The ears need to be visually balanced and symmetrical. Wayne pinned the ears on the bear's head and demonstrated how to sew the ear with ladder stitching technique. 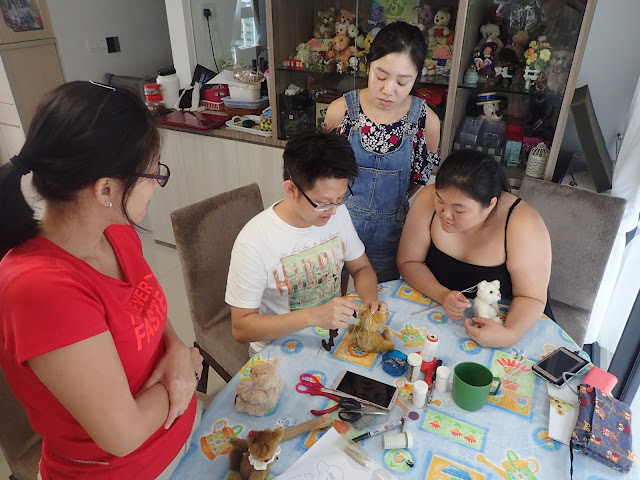 After their bears were completed, the students used markers to gave their bears some light shadings to enhance the overall appearance and accessorise them with ribbons. 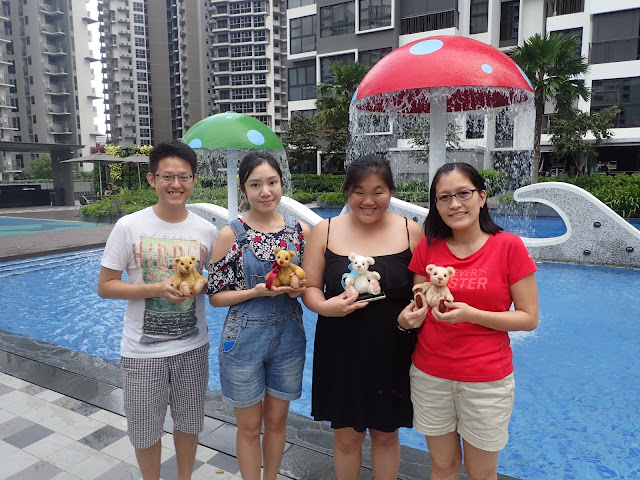 We even took an outdoor group photo together with our prized ones!

Thank you Michelle, Amanda and Anna for joining our bear workshop. We hope you enjoyed the workshop and look forward to seeing you make more bears next time!


Wayne
Posted by Waynestonbears at 11:59 PM No comments:

Busy is good! Preparing for our next event!

We really enjoy our time working with bears. These are the last 2 chaps which we are making for the Susan Quinlan Doll & Teddy Convention happening next month in Philadelphia.

For those (bear artists) who has not attended the Susan Quinlan Doll & Teddy Convention before, you must have at least 80% of your display mainly just bears, then you are allowed to have 20% for your other animals on display for sale. To be flank, it's a little bit tough for us as we make lots of other animals.

But anyway, we decided to take the challenge!
Sharing today is two of our latest WIP bears.

We hope to complete them end of this week and take some photographs of them and prepare the certificates next week.

Hope you will enjoy our WIP pictures.

Have a great day. 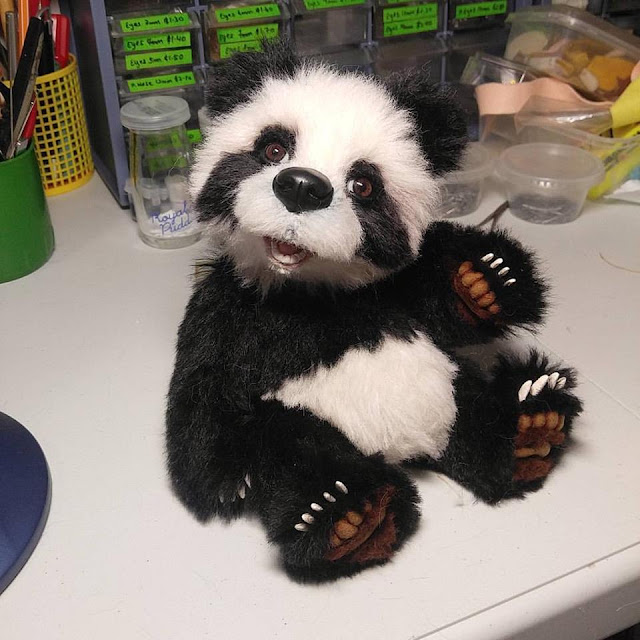 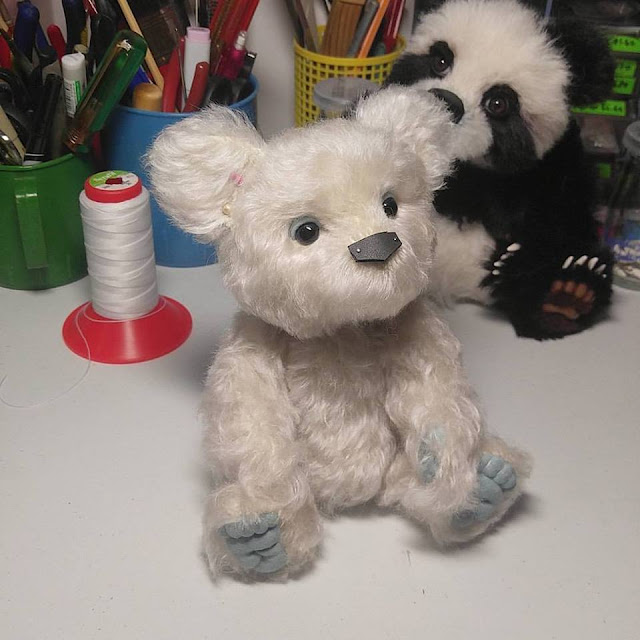 Posted by Waynestonbears at 11:18 PM No comments: