Hi everyone!We have just came back from Bangkok Maker Faire and would like to take this opportunity to thank those who came to visit our booth last weekend. Thank you for your support and we look forward to meeting you again next year.We are pleased to inform you that we have just listed our new piglet, Suzy available now for adoption. 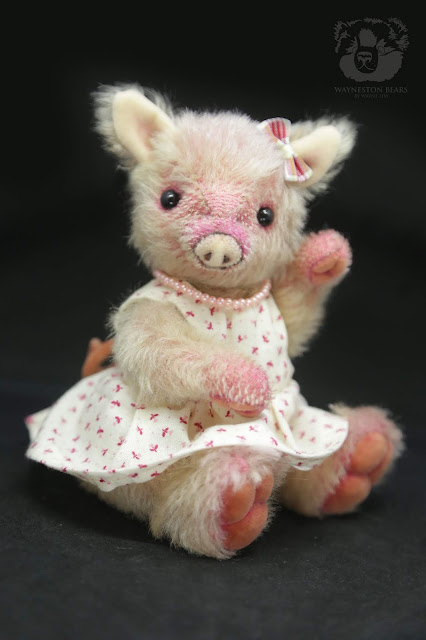 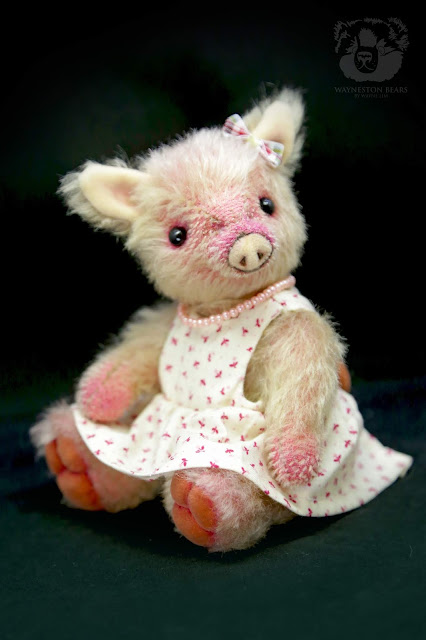 If you would like to adopt or view more images of her, please click on this link. 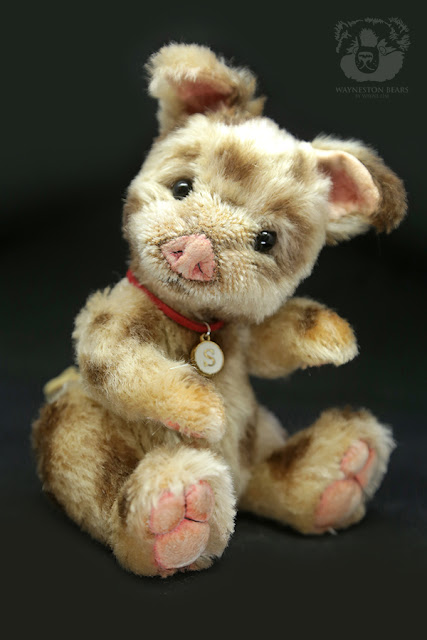 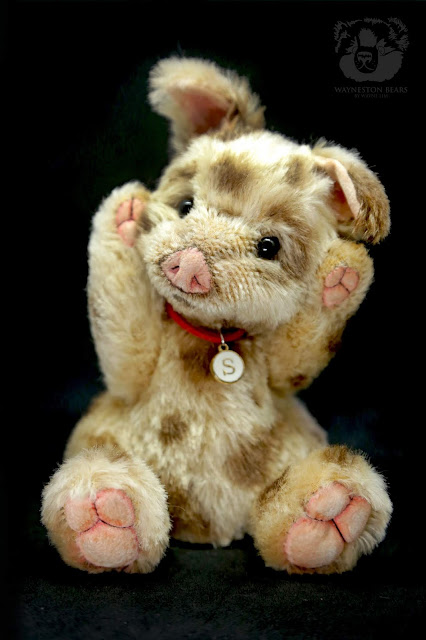 Spotty has now been adopted... Thank you!
We wish you a wonderful weekend!Cheers,Wayneston Studios & Team
Posted by Waynestonbears at 6:16 PM No comments:

This is our first time taking part in the Bangkok Maker Faire held at The Street Ratchada on 19 & 20 January 2019. 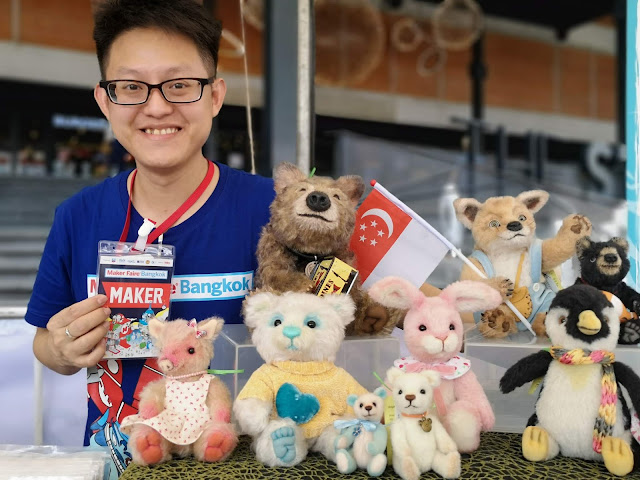 We are excited and looking forward to this event as this is a great time for us to take a short break from work as well to spend time catching up with our fellow Maker/Artist friends again from other countries. 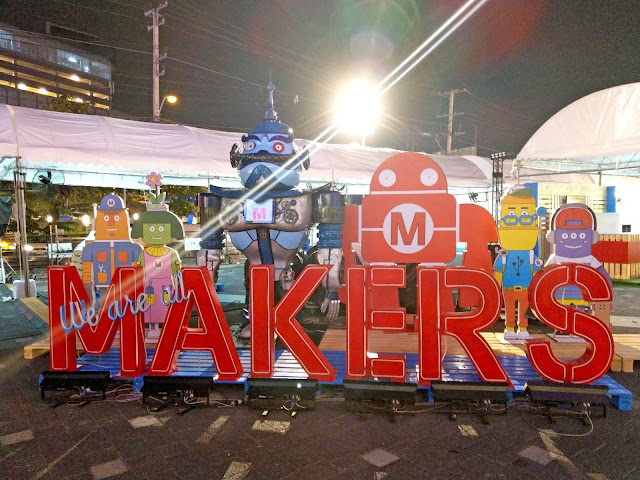 We are glad that the organiser of this event, Dr. Morn Kritsachai Somsaman have arranged to put our friends together near us at the International Pavilion section. Next to our booth are Hiroaki Suzuki and Sho Yoshida from Japan, June Su Nandar Naing from Myanmar and Mrs Chong See Ming and her family and friends from Malaysia.


This event was slightly bigger compared to Maker Faire Singapore. It started from 2pm - 8pm on both Saturday and Sunday. 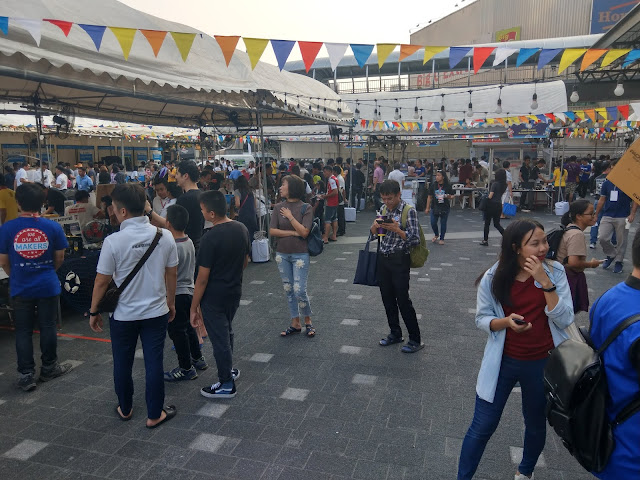 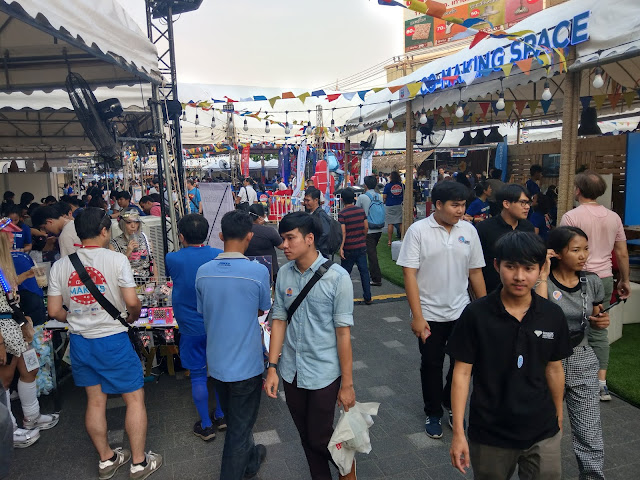 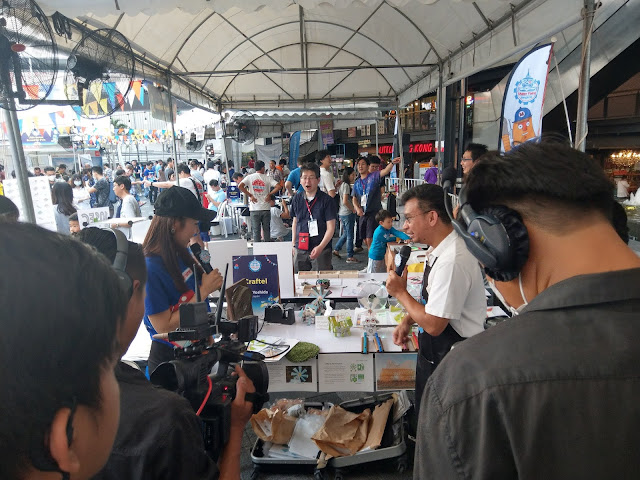 As the event was held outdoors, we were expected to wear thinner clothing and endure the heat even though there were multiple ceiling fans installed inside the tentage. We drank lots of water to hydrate ourselves during the event. 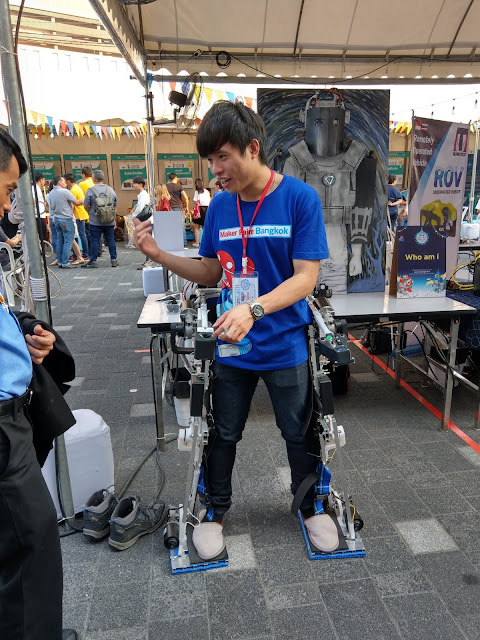 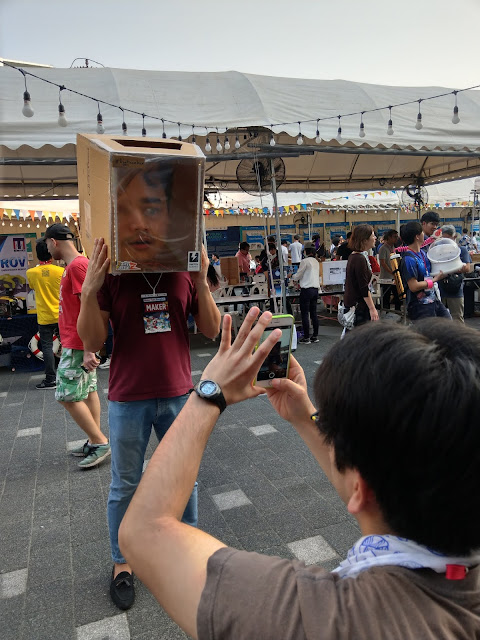 What we enjoyed most, participating in the Maker Faire event, is very much similar to the all Teddy Bear/Doll shows we take part in regularly. We enjoy meeting like-minded people and meeting new friends. However, very often, The Maker Faire emphasises more on Science and Technology and less on Arts and Craft. We hope more Crafters/Artists will come and join Maker Faire events in the future as they will be welcomed too. 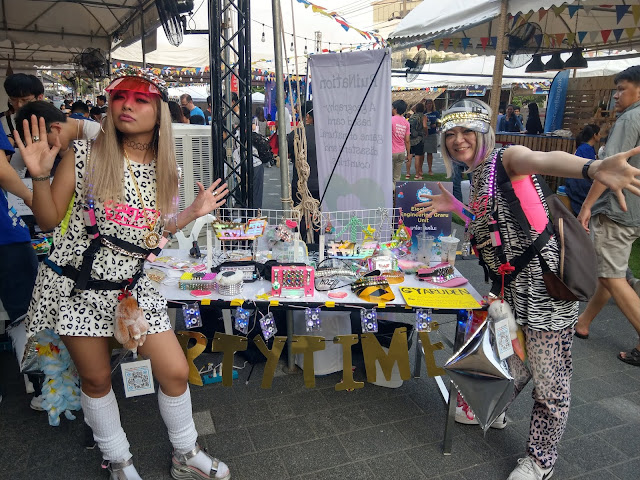 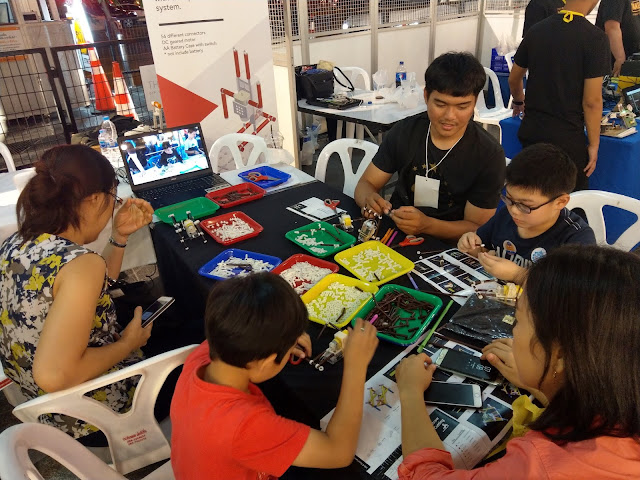 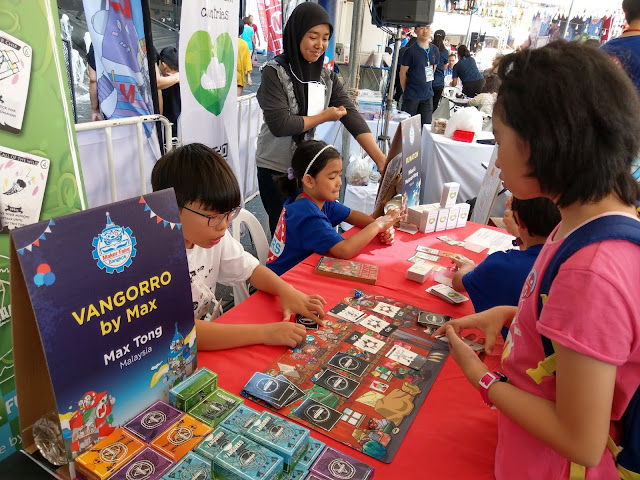 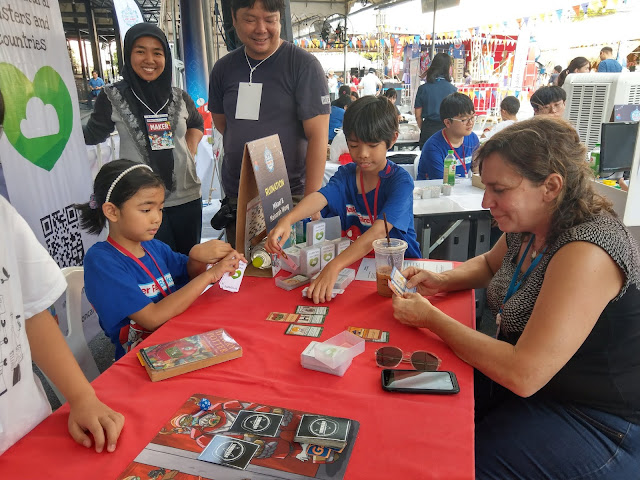 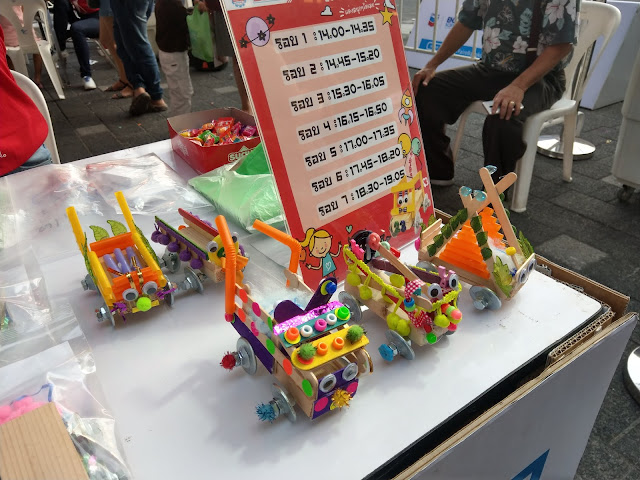 It is a pity that we didn't see any other Crafters besides June and myself; we were both expecting to see more Crafters here in Thailand as we all know that Thais are very good with creating arts and crafts with their hands.

At the grand opening of the event, the organisers and sponsors gave out several rewards to the Young Makers Contest participants. We like and support this idea as this can strongly encourage and motivate more young people to innovate and continue this passion in creation to improve the lives of people.

We are also proud that our friend, Sho Yoshida from Japan, who is a frequent participant in Maker Faire Singapore, was invited to the stage for an interview. His creation, Craftel - Paper Robot powered by Wind is very popular and well-liked by many internationally. Sho was also awarded Merit Award Ribbon for the event! 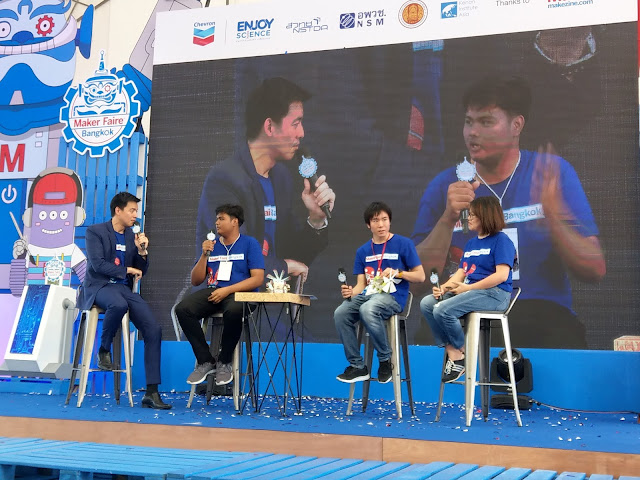 We sold several Teddy Bear Making Kits to visitors and were also happy to receive several enquiries about our workshops from the Singapore, Malaysia, Taiwan and China visitors.


One of the main highlights of the event was the Electric Parade Show on Saturday night. The lights on all the tentages were dimmed and the party began! Many Makers came forward with their LED lighted costumes and and dances with the Techno Thai Drummed Music and it was so much fun! After the Parade, all the Makers were invited to join the Makers Dinner Party.


Overall, the event was well organised, there is a possibility that more than 10,000 visitors came for the 2-day event. 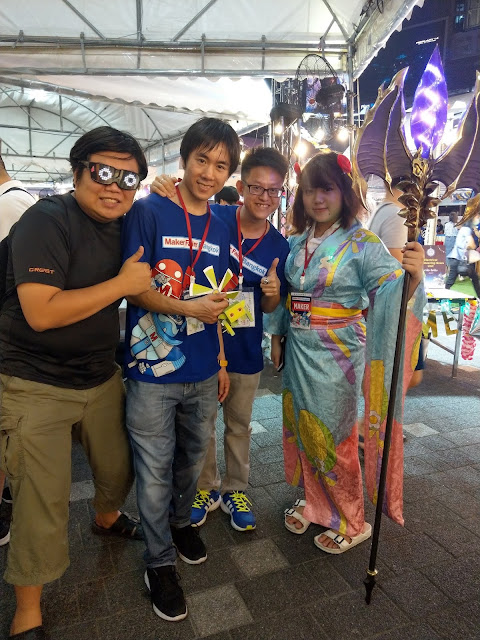 We want to thank the organisers for having us at the event and we look forward to visiting Bangkok Maker Faire again next year.