With the recent Pokemon Go (a mobile app game) craze, Wayne's brother (Johnny) requested him to design and make a special toy for his friend's birthday.

Wayne and Johnny have been Pokémon fans since young. So without hesitation, Wayne decided to take up the challenge to make something different this time.

To our surprise, the request was to make a Jiggy Puff for Johnny's friend!

This Pokémon is simple to design and make as Jiggy Puff is just a round pink shaped toy. As there wasn't any complicated curves or profile of the toy, it took about 30 minutes for Wayne to design the pattern from scratch!

Wayne took some reference from the images found on the internet. Some of the key features of the toy included her big eyes, short arms & legs and her unique curly hairstyle!

Wayne and Johnny selected a piece of soft pink miniature fabric, tracing and cutting out the pattern for sewing. Wayne gave Johnny guidance on how to sew and stuff the toy. Our mum helped too with her new sewing machine! 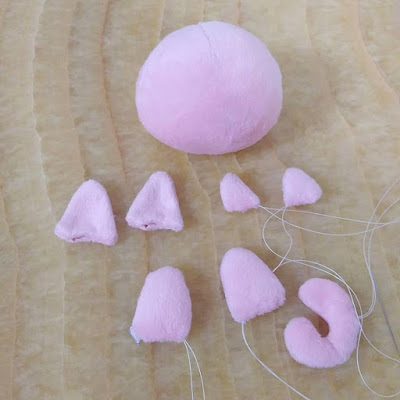 After sewing and stuffing the toy, Johnny pinned and positioned the arms and legs onto the body and later applied ladder stitching technique to attach them onto the body.

Wayne helped to sew the hair onto the head. The eyes were very simple to make as well. We used three round wooden discs of different sizes as template, traced onto felt pieces, cut and glue them together.

After the toy was completed, Johnny gave the eyes some finishing touches with copic markers. The eyes were then glued and the toy was finally completed! 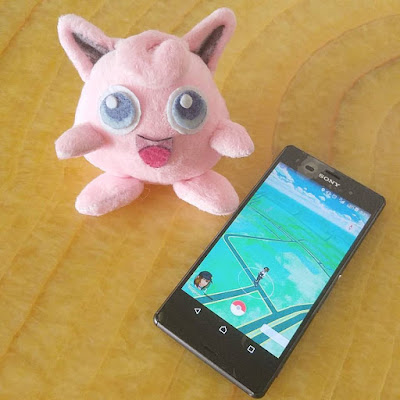 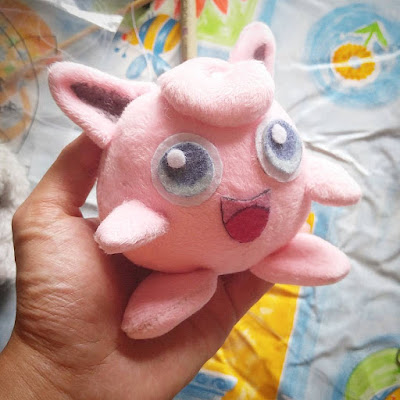 We were very pleased with our very first Pokemon Challenge toy - Jiggy Puff!

As we all know due to copyright issues, we can't sell the toy. However this is a gift and not meant for sale so it should be fine!

We are happy to complete this toy together as a family and we look forward to making another Pokemon again as a challenge!

Wondering what should we make next... any suggestion?

Wishing all a wonderful weekend!