Wayneston Studios is honored to be invited to Poi Ching Primary School to conduct a Softie Bear Workshop. 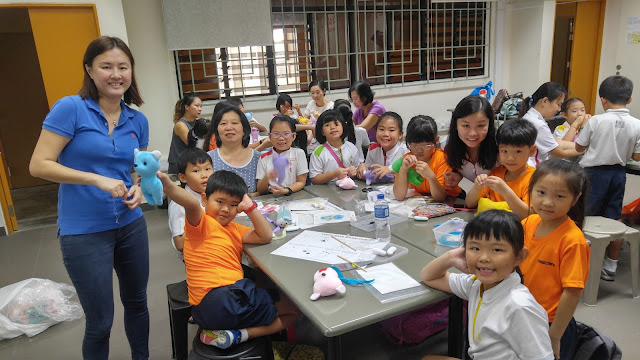 As it was during the school holidays, children and parents specially took the time to come to the school to attend the session hosted by the Parents Support Group of the school. 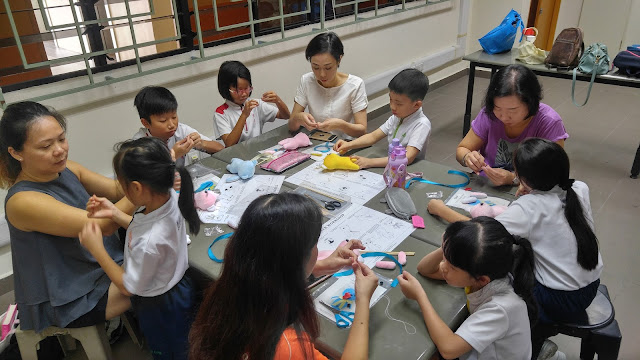 In total, there were 29 students who signed up for the workshop. The children were very attentive in class and Wayne rewarded them with a squeaker to put into the tummy of their bears. Wayne also issued out fabric hearts to the children, which could be placed into the bear's tummy or sewn on. The heart represents kindness which we hope to cultivate into the children from young. 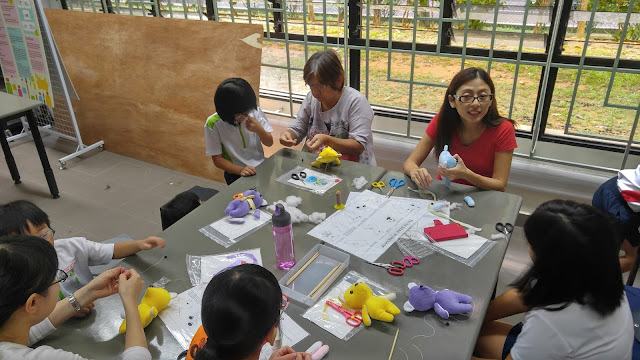 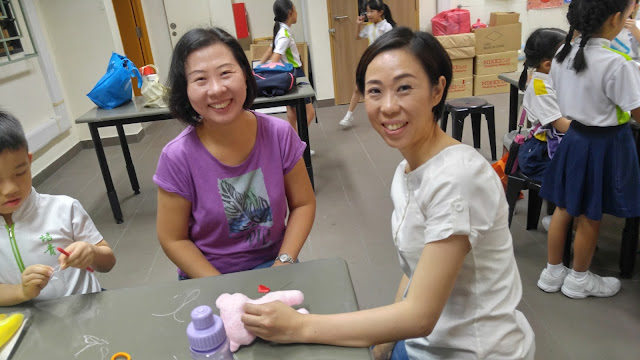 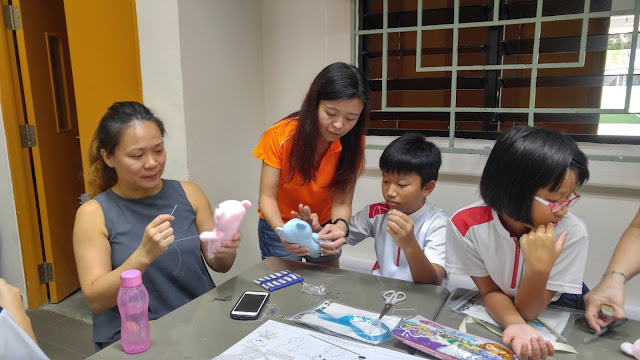 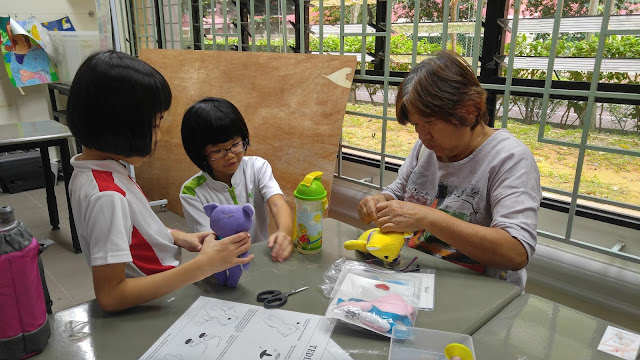 The children were very attentive and well behaved, following Wayne's instructions as he guided them. We were glad to have several parents from the Parents Support Group helping out in the session, assisting the children when they faced difficulties. The children first inserted the nose and stuffed poly fiber into their Bear's head and legs.

After the head and legs were done, they inserted a squeaker and fabric heart into the bear and closed the opening. 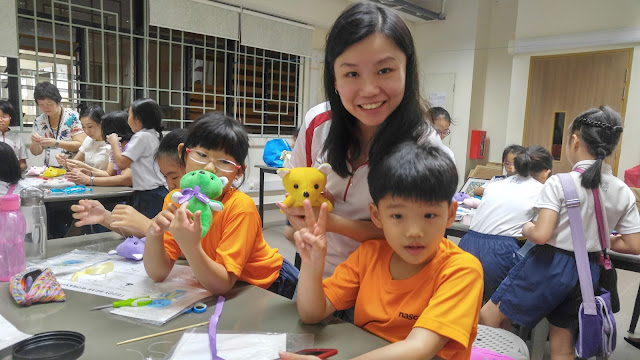 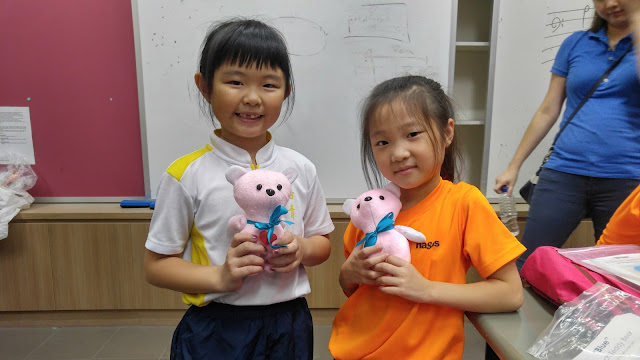 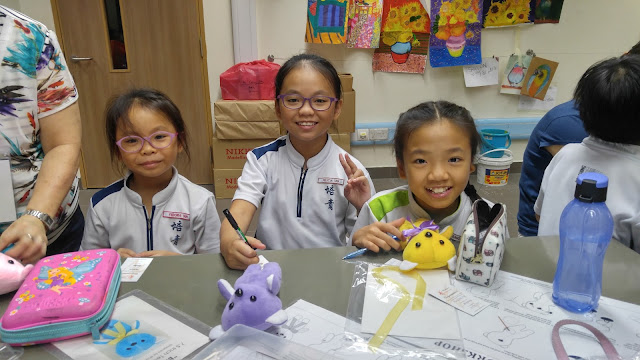 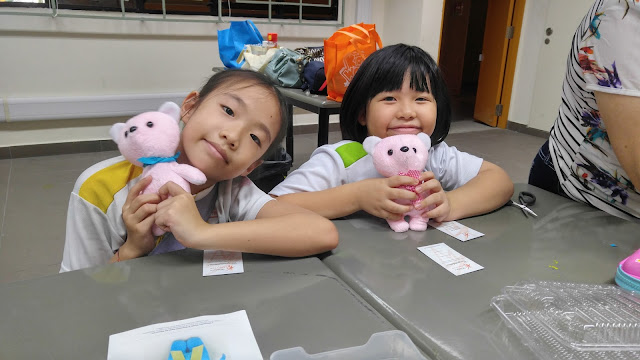 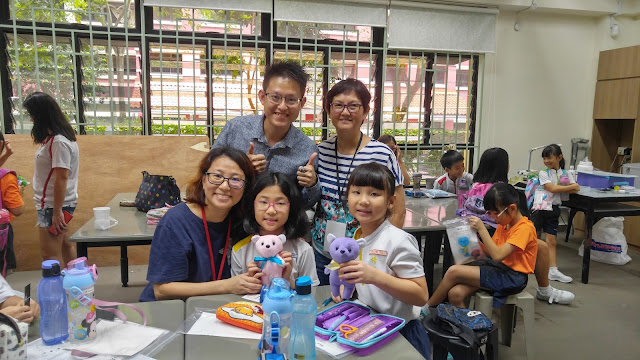 Wayne demonstrated how to sew the eyes onto the Bear's face. We were very glad to have a group of helpful parents assisting with the sewing for some of the younger students. 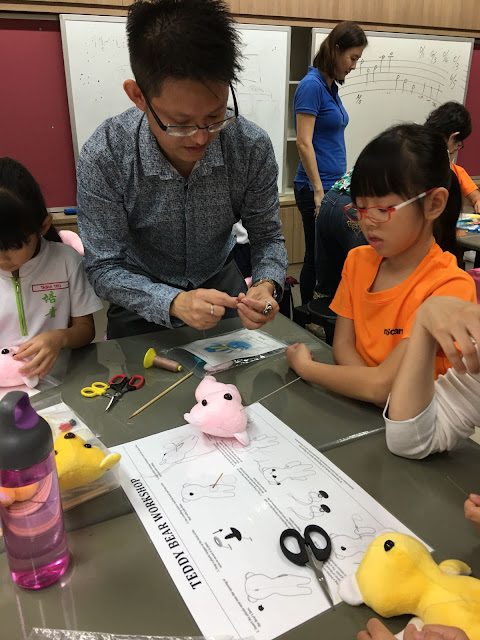 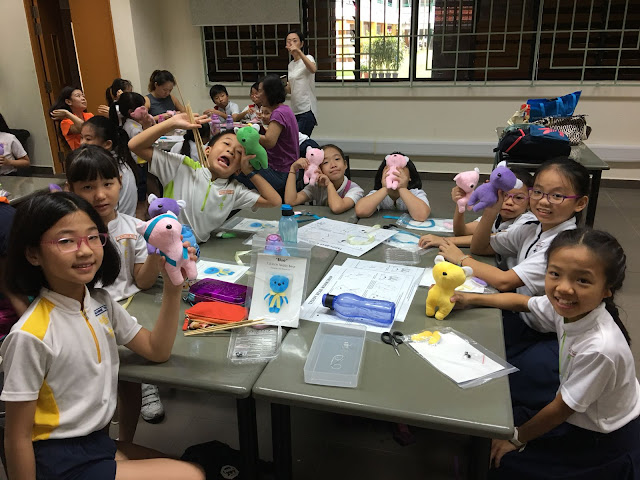 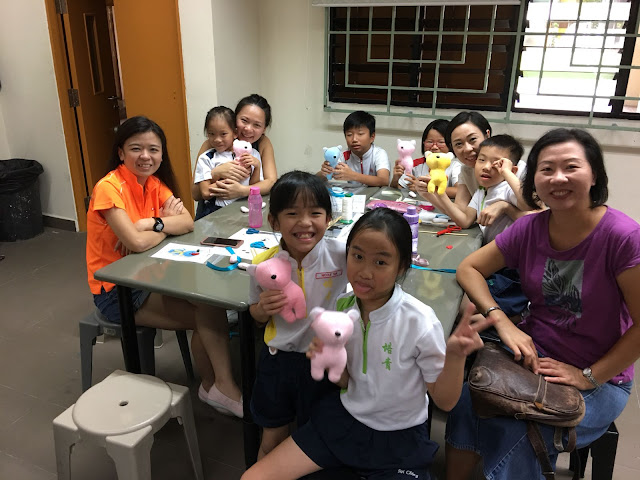 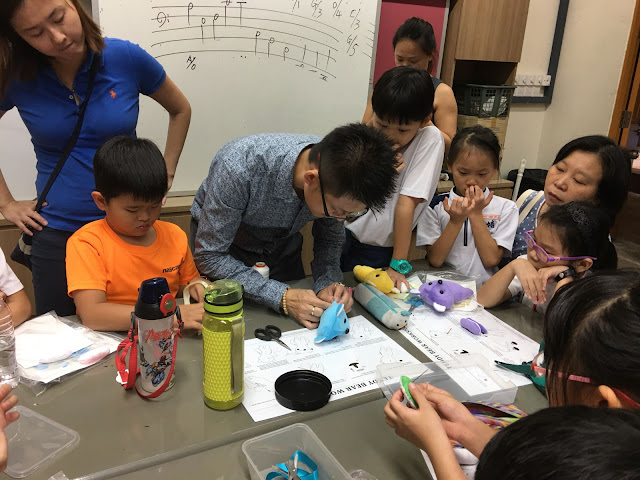 At the same time, parents took the opportunity to learn sewing techniques from Wayne which they could later on teach their children during their free time. 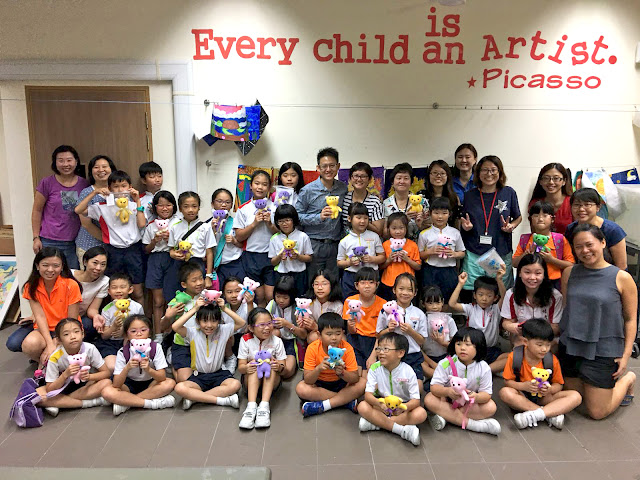 After the event, we took a group picture together with the parents and students.

Thank you Poi Ching Primary School for the opportunity for us to share our bear-making experience with everyone. 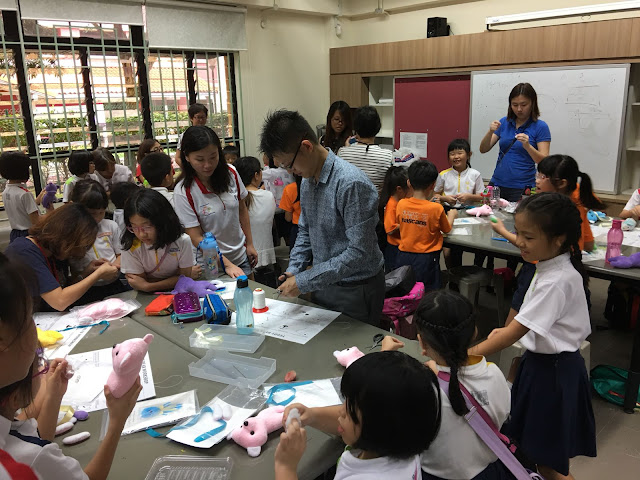 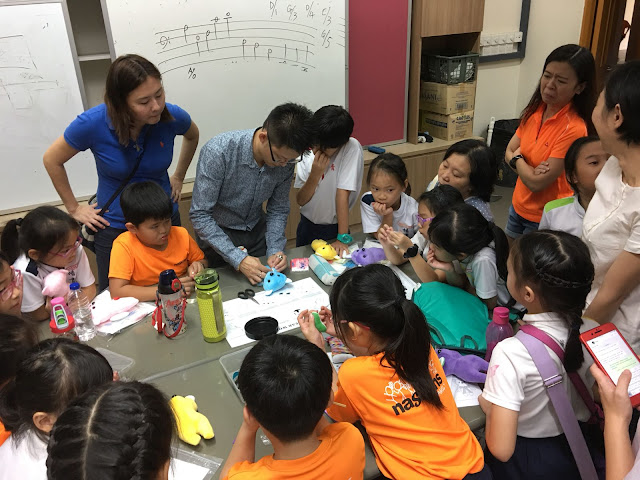 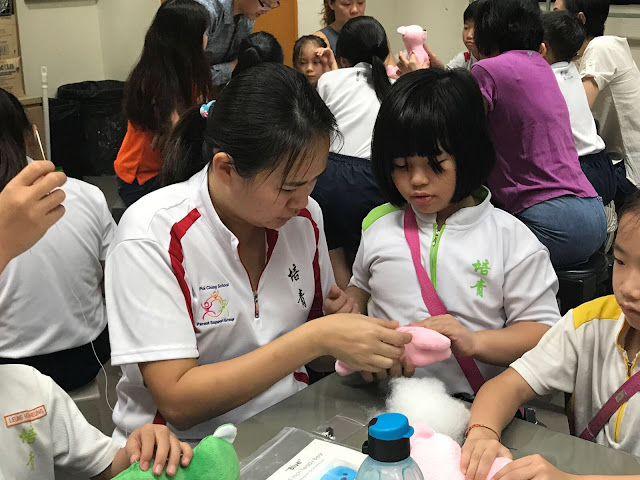 We look forward to working with Poi Ching Primary School again in the near future.