Guess what I am making now? Yes! A pony!

In 2012, I custom made a pony named Eric for my cousin. Although the pony was well received and had compliments from people, I did not continue the design. To date, that is the only pony I have ever created.

As you all know it's the Year of the Horse according to the Chinese Zodiac Calendar. Hence, I took this opportunity to create a new pony design to usher in the Year of the Horse. This time, I made some emphasis on the pony's facial expression with extra needle sculpting and drew a body proportion which more closely resembled the horse.

This new design is meant to be sitted  but i guess it's perfectly fine... have you ever seen a horse walking with 2 hind feet? LOL

Below is a picture of Eric made in 2012 and some pictures of my work-in-progress pony. He is almost ready and I will be listing him online for adoption later this weekend. 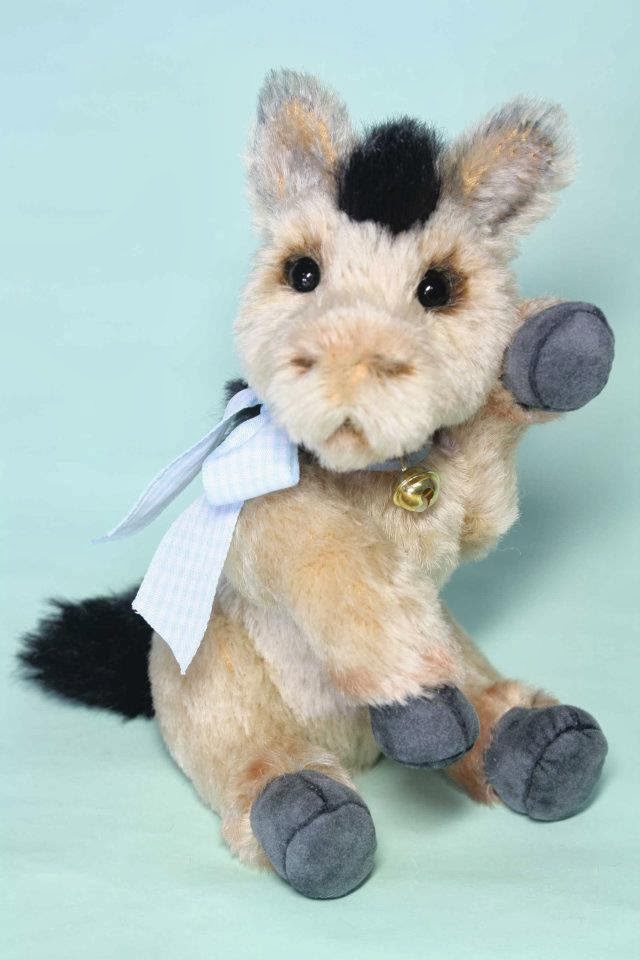 I hope you come back again later this week to take a peek at my new creation!

Hugs, Wayne
Posted by Waynestonbears at 1:12 AM