Joanne asked Wayne if there was anything he would like to do or visit any places of interest while in USA. Immediately, the first place that sprung to his mind was the R. John Wright Studio. 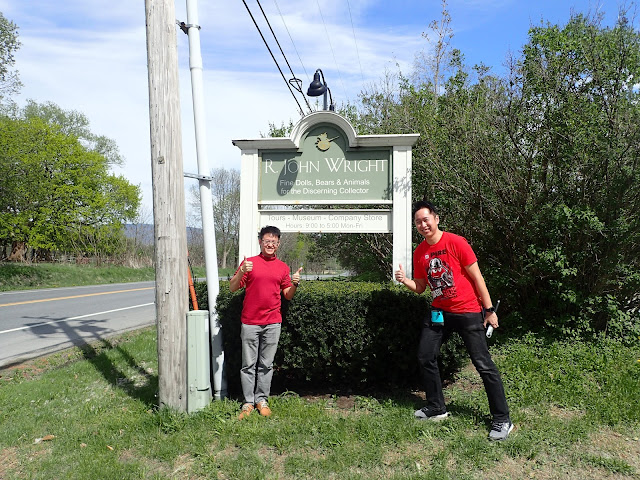 Wayne is a fan of R. John Wright's creations. He first learned about their products when he was working with the Toy Museum years ago. 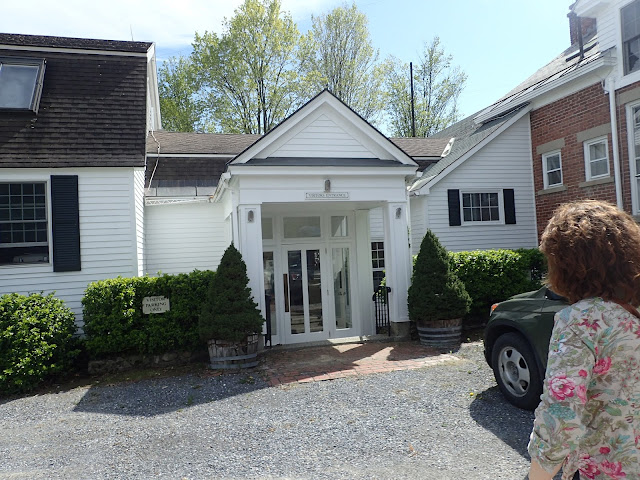 The company was established in 1976 and has been producing some of the finest handmade toys for more than 40 years! Each creation is individually crafted and hand painted by their skillful craftsman.
We were welcomed by Ms Susan Wright on 2 May and we felt very privileged that she personally brought us around their factory located in Bennington, Vermont. The 3 storey high factory comprised of different departments. One of the department has a die-cut machine where pieces of felt were pressed to form shapes of the dolls/animals.


The cut pieces were then molded and later sewn and stuffed. The other departments have several ladies painting doll eyes, whereas the other artisans were cutting and sewing pieces of fabrics to make outfits for the dolls. 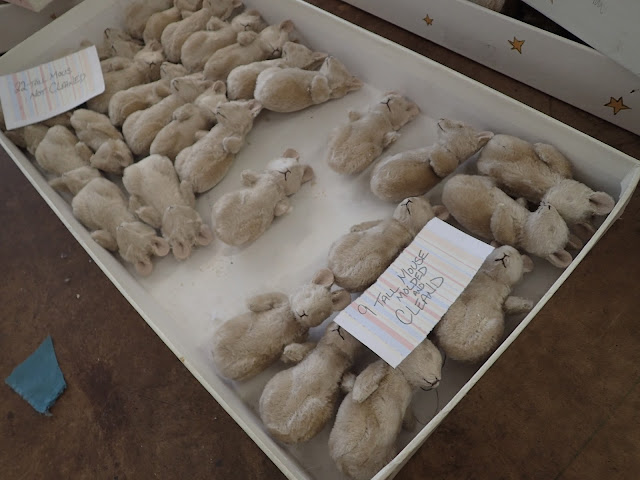 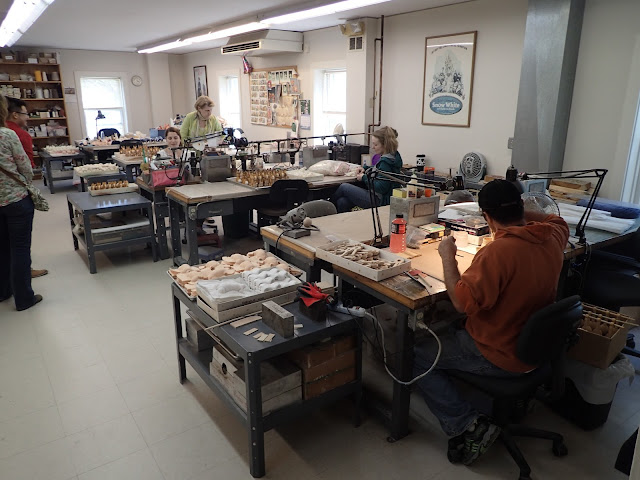 MaryAnn, the airbrush artist skillfully and effortlessly gave the easter bunnies colours and bought them to life! 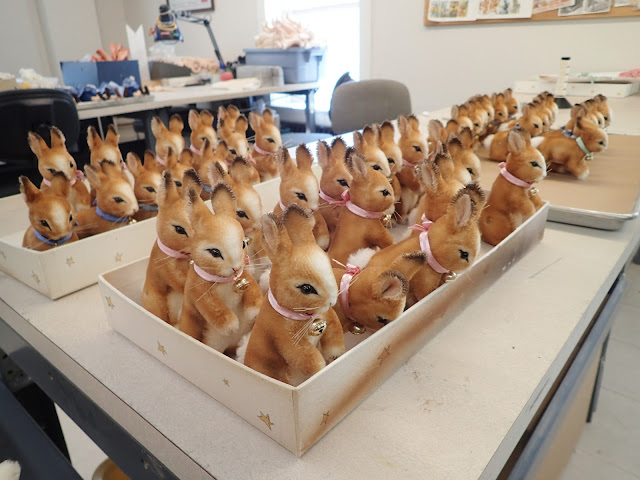 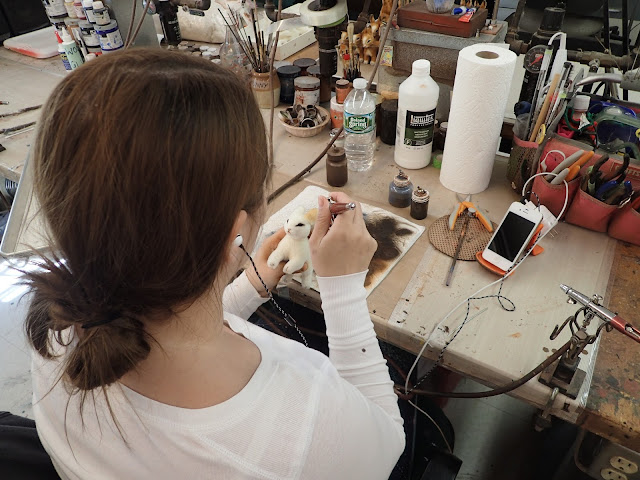 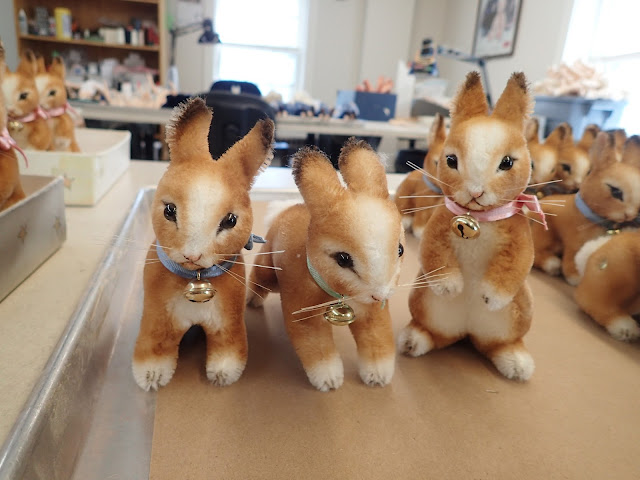 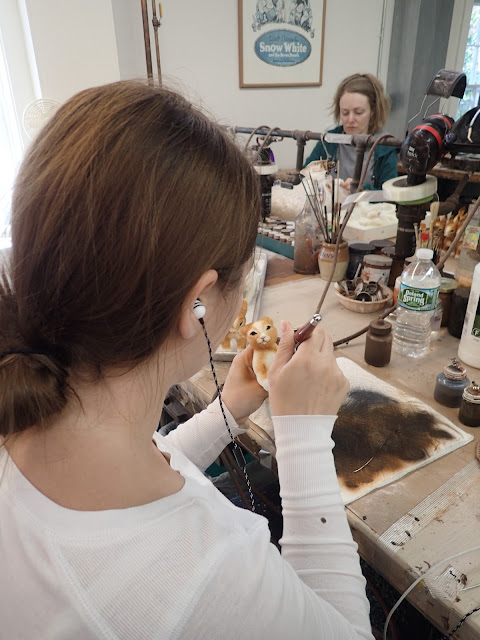 We were all very impressed with a machine that enabled them to turn the bunnies inside out and an enormous stuffing machine which they use to fill up their creations with polyfiber! 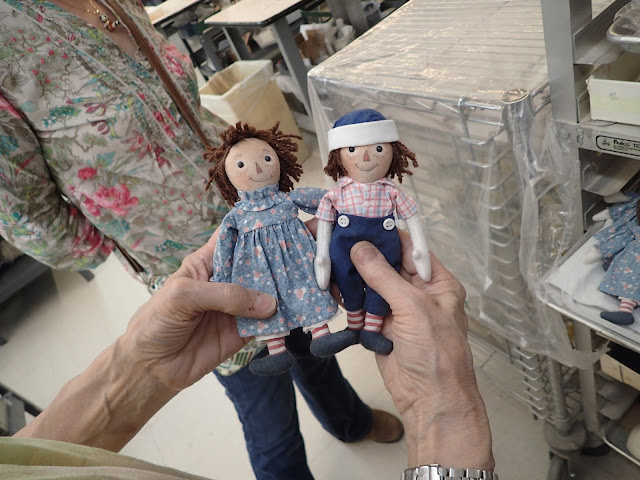 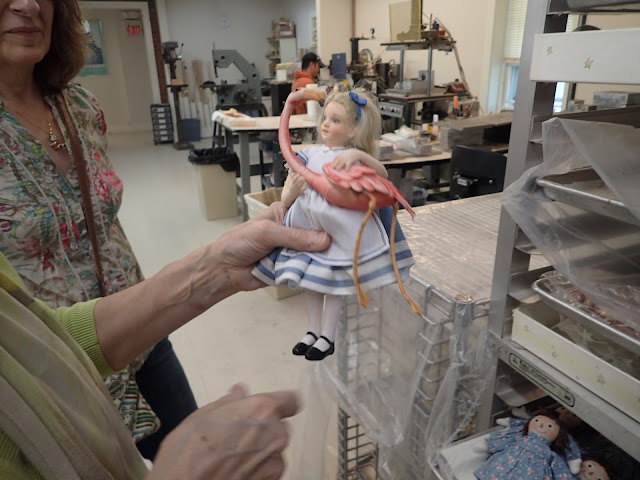 After the tour, we popped by the shop viewing gallery to admire the completed creations on sale. To our surprise, Mr John Wright appeared right in front of us and welcomed us! We were both thrilled to meet him and quickly took a group picture with John and Susan Wright. 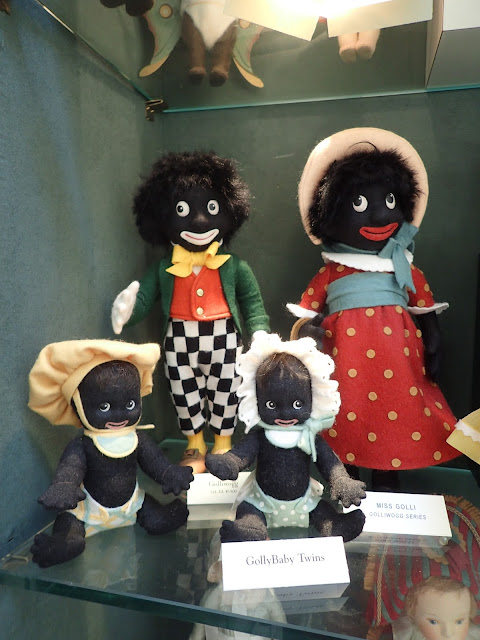 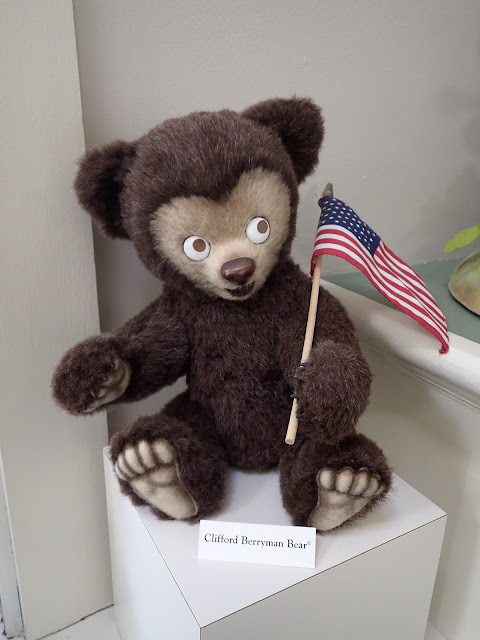 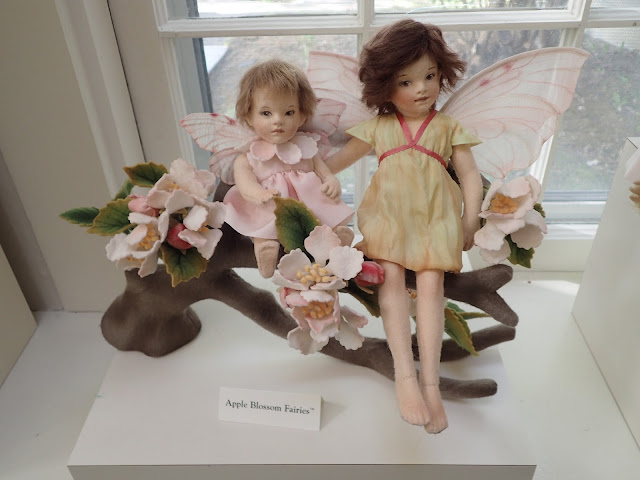 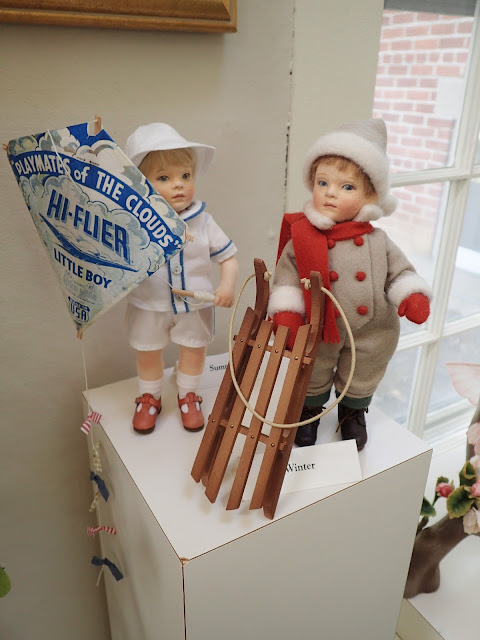 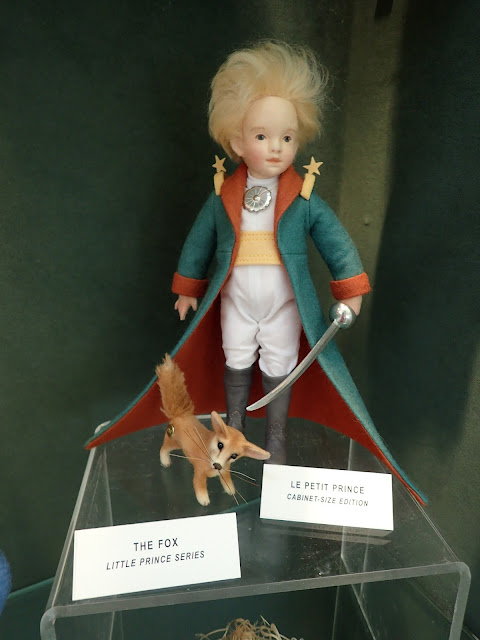 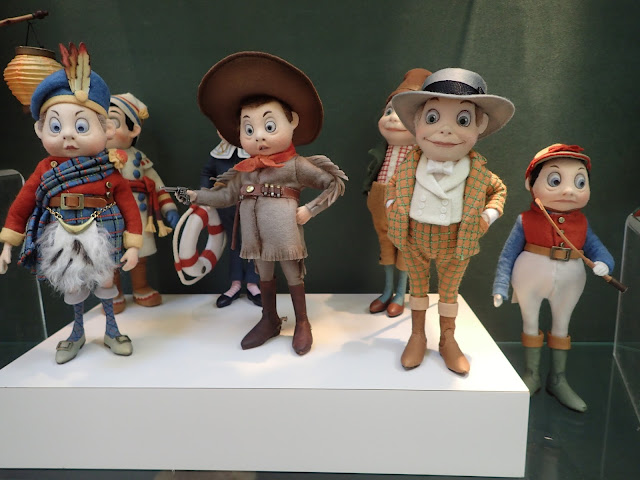 At the end of the day, Wayne and Philip each bought a piece of creation from the shop. John personally gave a signed autograph to us as a souvenir. It was definitely one of the most memorable experience for Wayne and Philip. We hope to visit them again next time!
Hugs,
Wayne & Philip
Posted by Waynestonbears at 12:29 AM