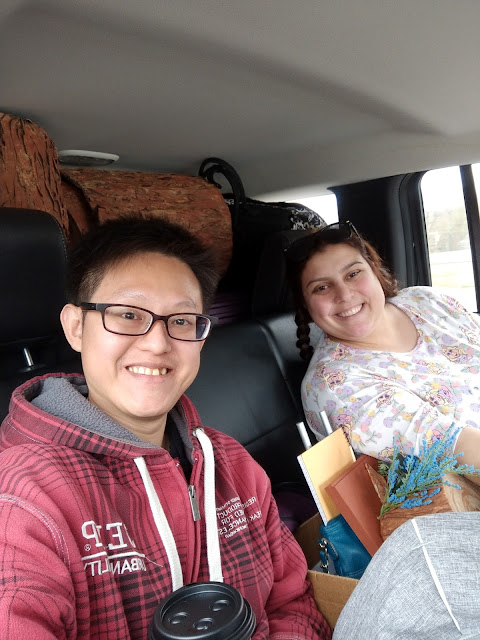 It felt so good to be back in USA again this year! The weather seemed to be a little much colder but it marked a new exciting year for Wayne, having the courage to travel alone on a 24-hour flight! This showed that nothing could stop him from fulfilling his dream to become a great toy designer and bear artist! 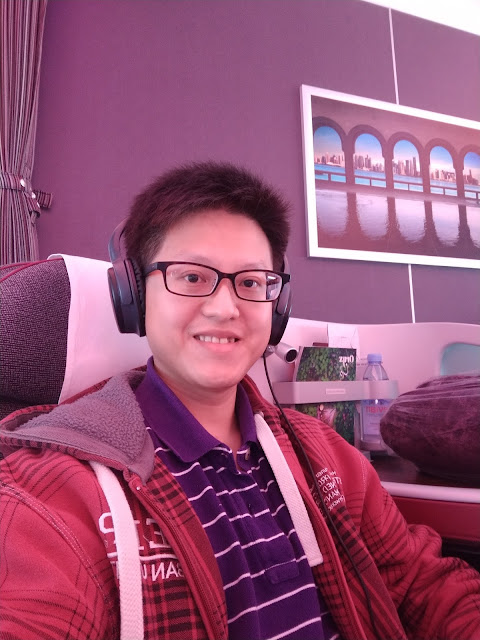 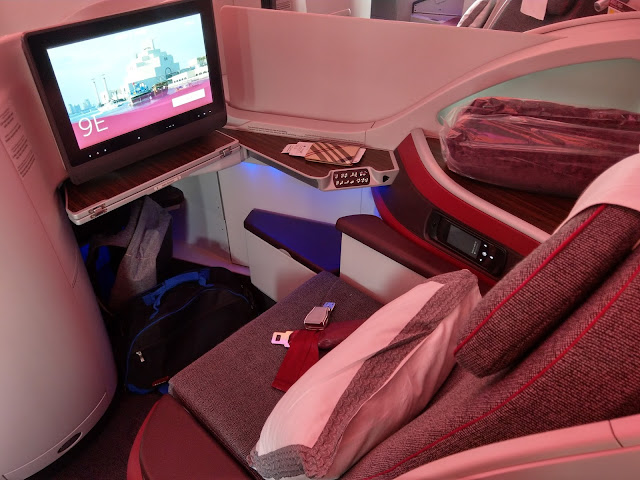 Wayne felt so lucky when his name was called by the airport attendant, as he received a Free Upgrade to Business Class! He felt like a king on his flight which made it very enjoyable, despite the long journey.

Wayne was also very excited to meet his mentor and best friend, Joanne Livingston again. Learning from one of the very best Teddy Bear Artist in the world felt like a dream. He knows there is no returning, the only way to show gratitude to his mentor is to become better, pass on his knowledge and share the joy of bear making to the next generation and promoting the Art of Teddy Bear making.

This trip was not exactly a holiday for Wayne. He worked hard for three full days to complete his gallery piece and made claws for his realistic bears before the show at Susan Quinlan Doll & Teddy Bear Convention. Joanne taught Wayne different colouring techniques to create beautiful tones for the bear claws and shadings for bears' faces. 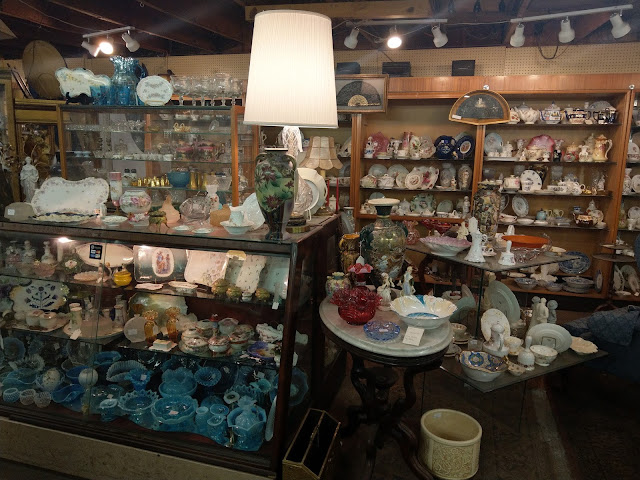 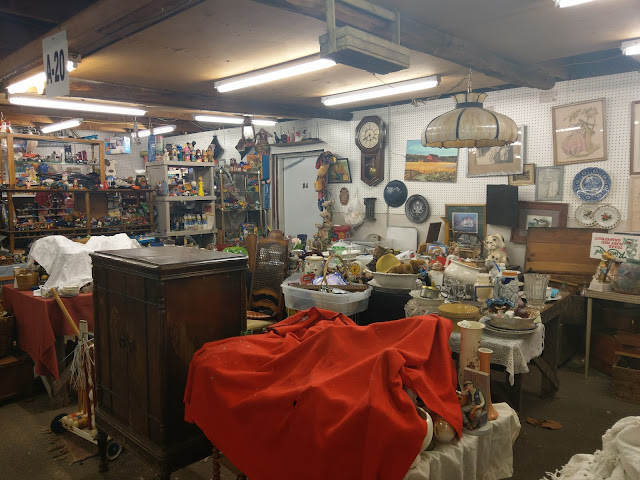 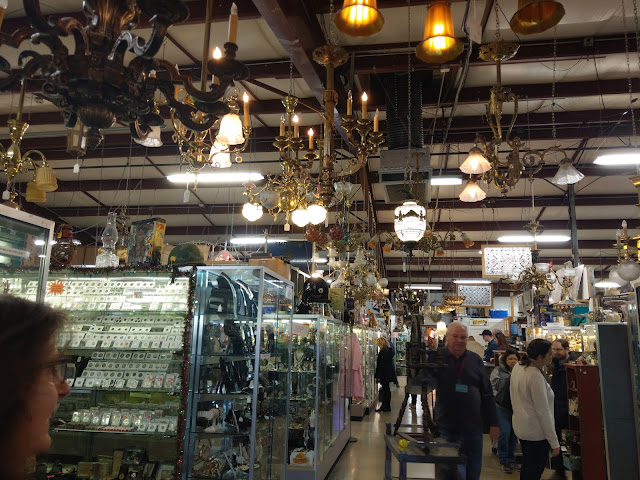 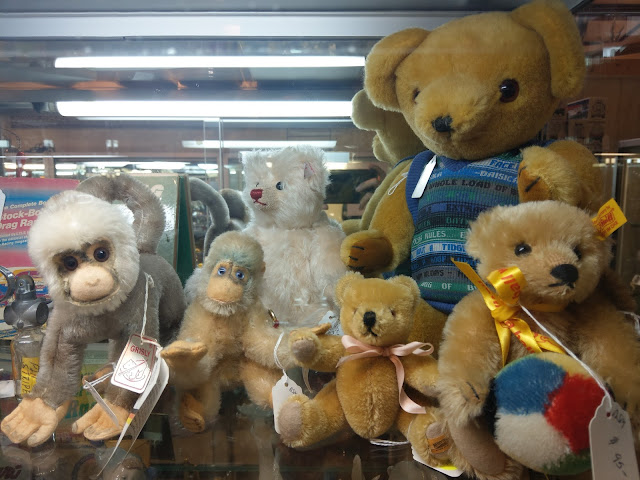 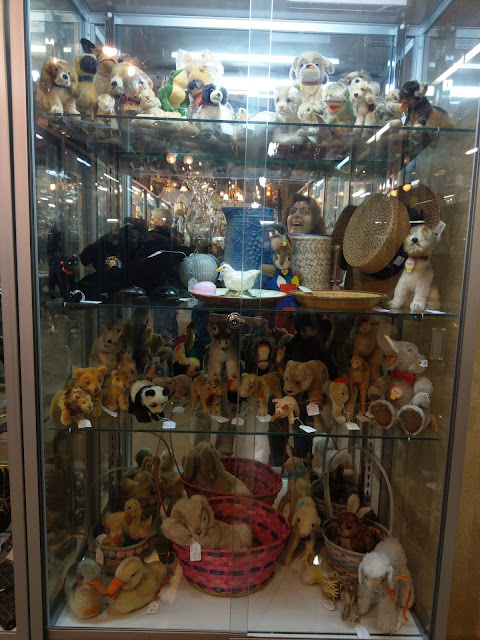 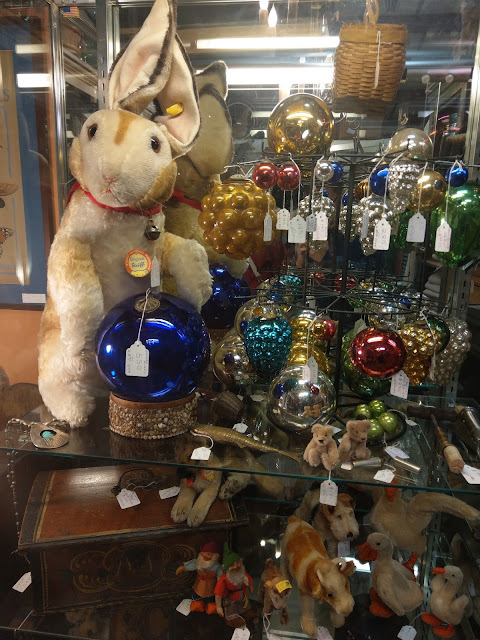 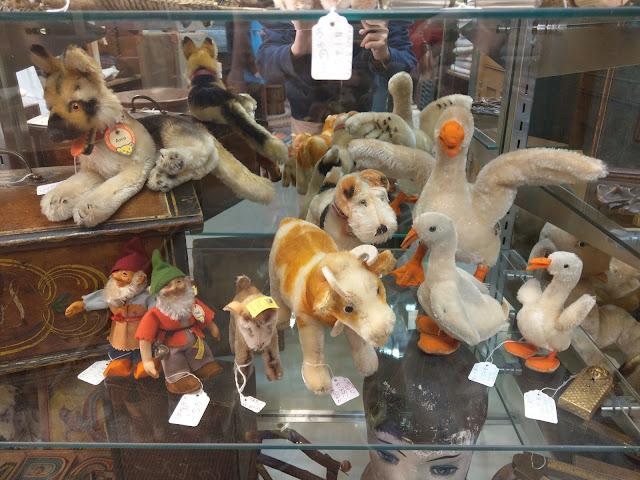 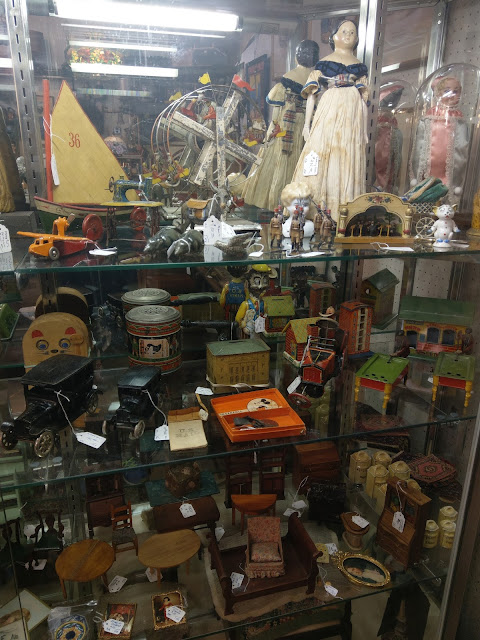 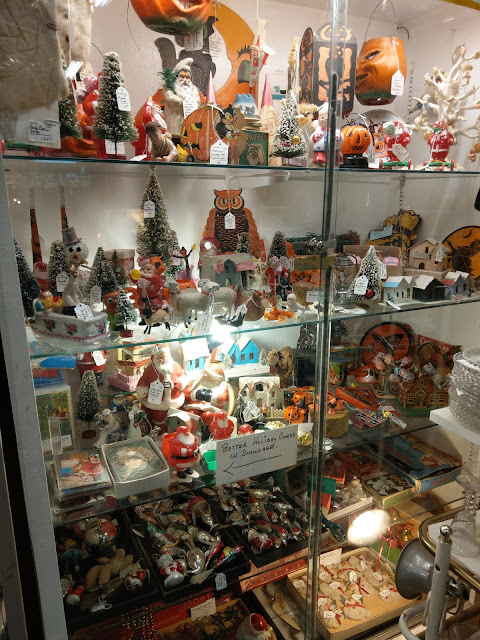 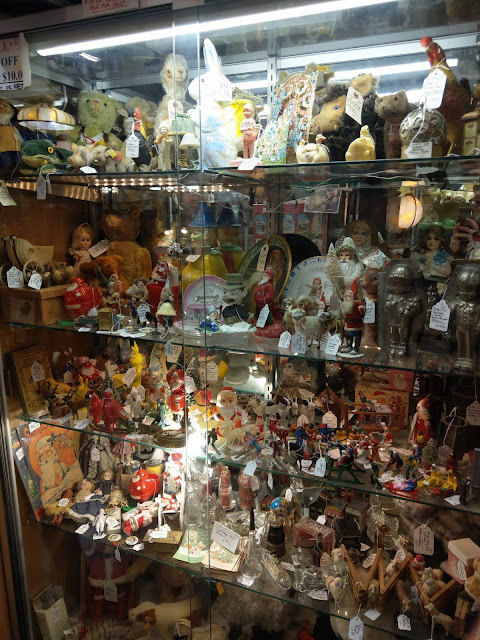 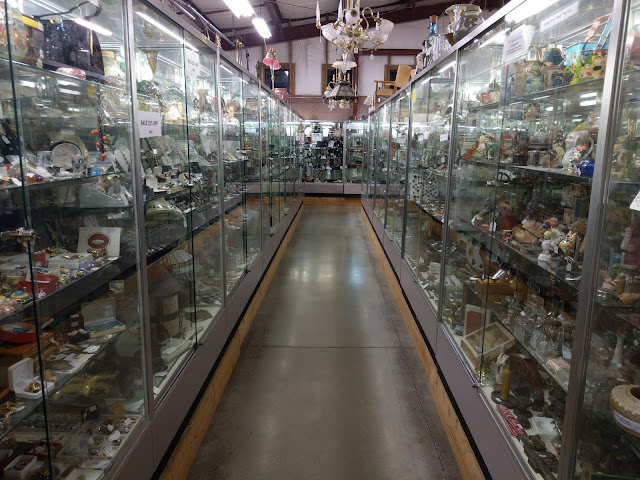 Besides spending most of the time working with bears, Joanne and her husband, David brought Wayne to Renningers and Adamstown at Pennsylvania for antiquing! They knew Wayne loves antiques and the group spent almost a full day doing that! Wayne is fascinated when he came close face-to-face to two life size black bears taxidermy in the store. He took pictures and observed closely to the way a bear face and body is built proportionally, this definitely gave him a better idea next time when he would design realistic bears. 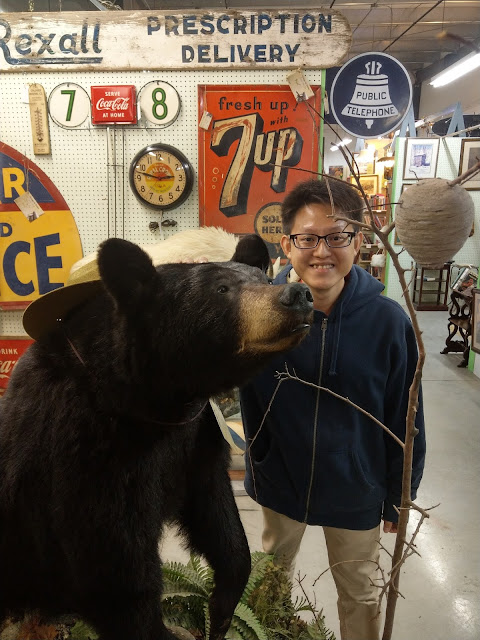 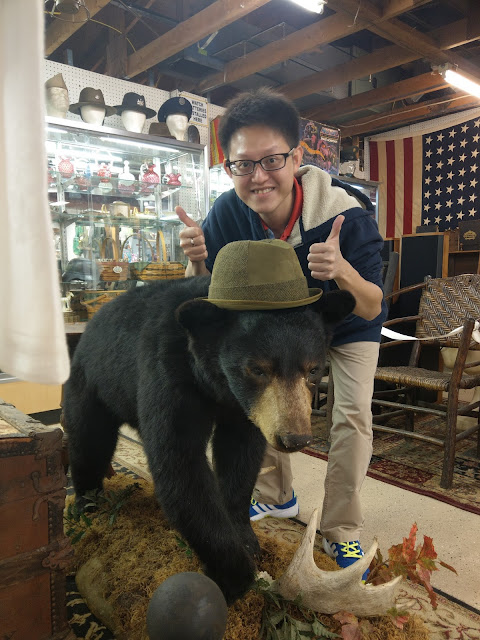 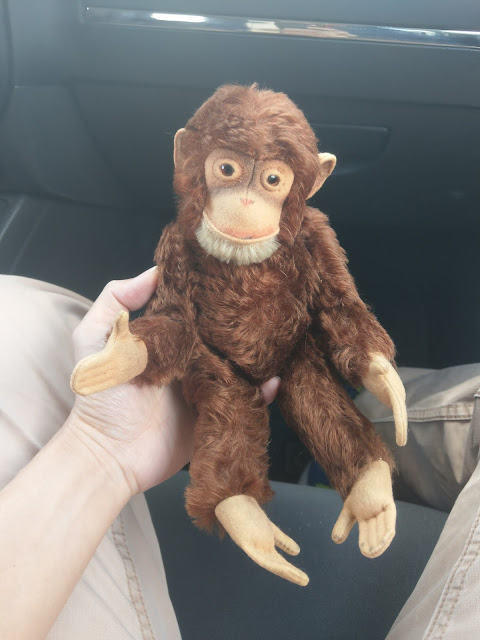 Wayne bought a vintage Steiff Chimpanzee toy and some doll clothes during his trip.
On Wednesday, Joanne's niece, Jillian Reeves bought him to Micheals, one of the biggest Craft store in town! The store is amazing, there are many brands and a vast variety of craft supplies that you could not find in Singapore. What a very exciting place to be in! During Wayne's stay at Jillian's house, he shared with Jillian, ways to pose her bears and setting up the right environment to photograph her bears using natural outdoor lights. 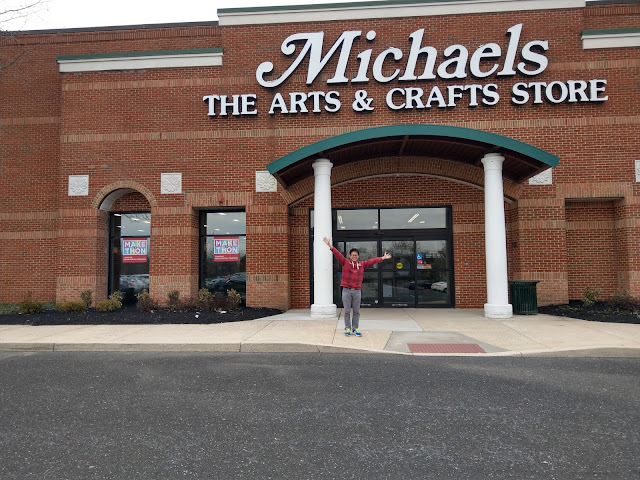 Wayne would like to take this opportunity to thank Joanne and David for teaching and hosting him. Plus Jillian and her mum, Mary for making him feel at home when he stayed with them.

We look forward to our trip to USA again next year!