We had a wonderful day on Saturday at the Universal Studios Singapore. This new theme park is offically opened on May 2011. It has 7 themes namely - Hollywood, New York, Sci-Fi City, Ancient Egypt, The Lost World, Far Far Away and Madagascar. 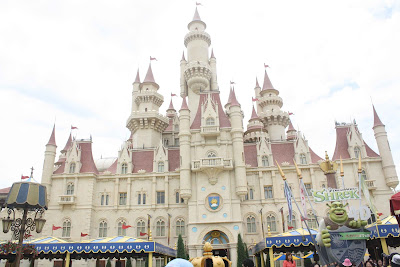 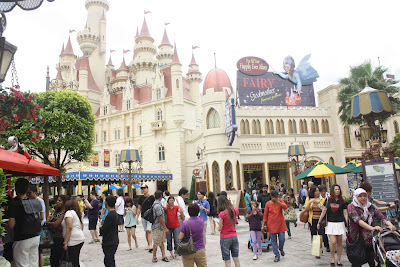 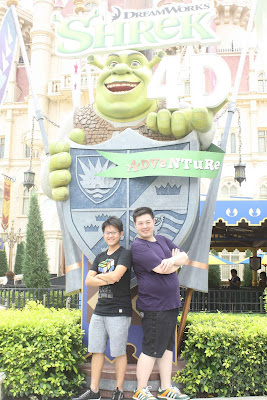 The 4D ride at Far Far Away was one of the ride which we enjoyed. We were all seated in an auditorium with a big movie screen. As you follow along Shrek's adventure, the chairs starts shaking with air blowing and even water splashing into your face! It's very fun, thrilling, the children loves it too. 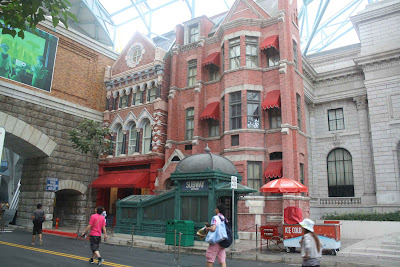 Among all the rides, my favourite is the Transformer 4D ride!!! It's so exciting and we took the ride 2 times! 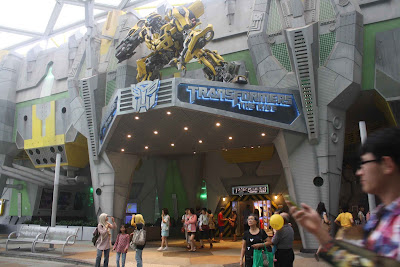 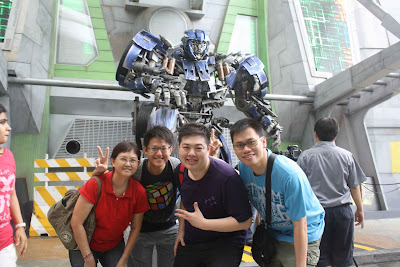 Why are we wearing trash bags? NO! They are rain coats! We were equipped with these survival suits because we are going for the splashing raft ride into the Jurassic Park!

The rafts keeps turning as it flows down the river, not scary but fun! 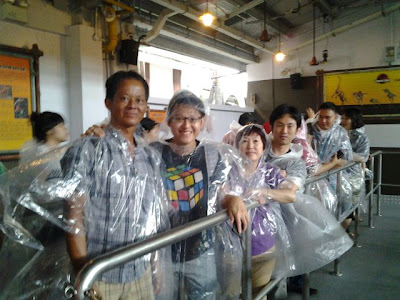 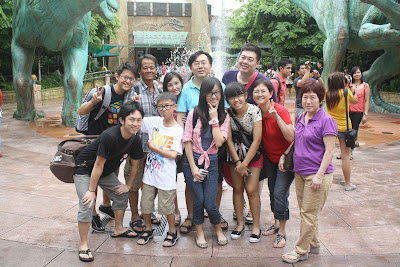 After finishing your rides, don't go home so soon! There is a mascot parade at 6.30pm! The parade will moves around the theme park. At 9pm there is fireworks too! 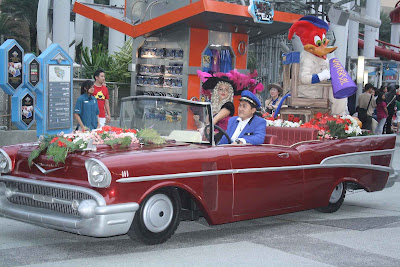 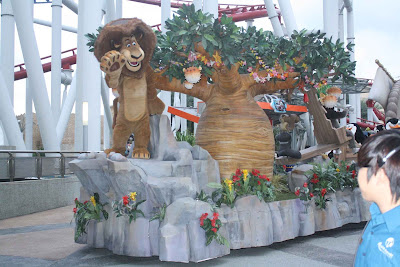 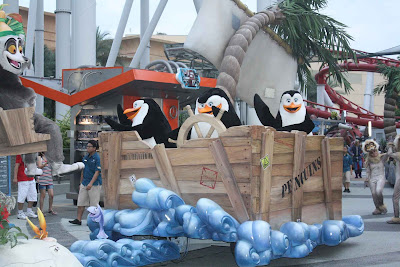 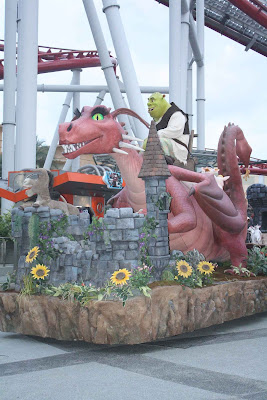 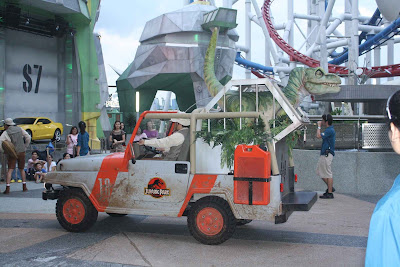 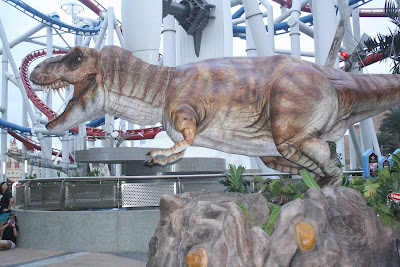 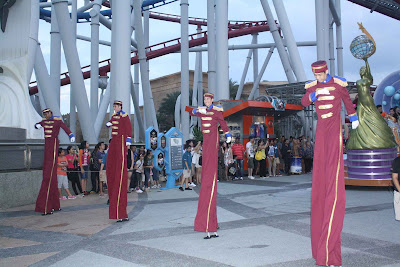 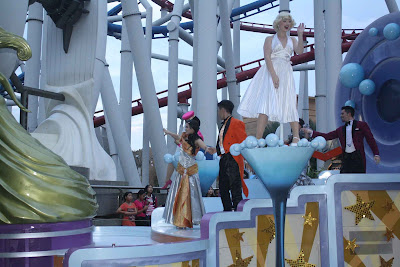 We hope your enjoy the visual trip to Universal Studios Singapore! =)
Posted by Waynestonbears at 6:42 PM